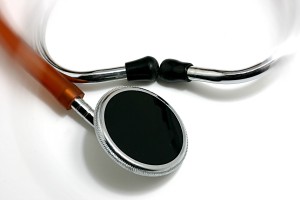 It’s not a new concept, declaring “war” on body parts and processes. I found a 1923 article in Time entitled “War on Diabetes.”1 Later, in 1971, Richard Nixon declared war on cancer and the war continues to wage on.2-3 There is much controversy on whose really winning, as the health of our nation continues to rate pathetically low for the amount of money spent on healthcare. In 2012, 29.1 million Americans had diabetes, up from 25.8 million in 2010.4 According to the Common Wealth Foundation’s executive summary:

The United States health care system is the most expensive in the world, but this report and prior editions consistently show the U.S. underperforms relative to other countries on most dimensions of performance. Among the 11 nations studied in this report—Australia, Canada, France, Germany, the Netherlands, New Zealand, Norway, Sweden, Switzerland, the United Kingdom, and the United States—the U.S. ranks last, as it did in the 2010, 2007, 2006, and 2004 editions of Mirror, Mirror. Most troubling, the U.S. fails to achieve better health outcomes than the other countries, and as shown in the earlier editions, the U.S. is last or near last on dimensions of access, efficiency, and equity. In this edition of Mirror, Mirror, the United Kingdom ranks first, followed closely by Switzerland (Exhibit ES-1).5

True, maybe more Americans have access now under Obamacare, but they are covered for the care that continues to fail in chronic disease management and has massive administrative costs. In other words, lives may be extended, and more people may have access, but quality of life continues to decline.

As far as cancer goes, some experts report lowered levels, while others feel that bias in reporting, detection, theory, screening, and treatments do not provide the real story.6-7 If any subject is more controversial and heated than politics and religion, it’s the new blind-faith in one’s belief of either side of the coin of medicine. In fact, one book even goes so far to call it a kind of religion!

So the war continues against individual diseases in order to gain better health and ensues with more causalities mounting. However, I’ve already written about our sad stats in health care. Now, I want to turn to another kind of violence.

With our obesity epidemic continuing to climb, nutritionists and practitioners alike started their own kind of food fight against it.8 Low carb, low fat, high protein, all the hype? Where’s the perfect diet, does it exist? Is Paleo really Paleo?

As shouts of pure diets and popular trends get larger, the great scales keep rising in obesity. Even though the estimates use BMI, which has its own caveats, many experts agree to the general consensus that the CDC which reports that 1/3 of adults are obese.9 According to the National Institute of Diabetes and Digestive and Kidney Disease10 (yes, that’s their real name!):

The Ineffectiveness of the Calorie Diatribe

Most experts agree, you can’t eat an endless amount of calories and expect to lose weight if your biology and body doesn’t need it. Let’s take a look at the definition of calorie from Wikipedia:

The name calorie is used for two units of energy.

Could this be why obesity continues to rise while dieters persist in counting a unit set up in a lab, ignoring human metabolism, with their resultant increase in their waistbands?

For example, it has been found that in metabolic studies with humans, energy cost and need changes in accordance with body weight, gender, and genetics, among other things. A 1998 study reported that the body can make fat from carbohydrates. Furthermore, the amount of fat the body needs is yet to be determined. This is because measuring internal biochemical processes on nutrients can get complex. (I reviewed the caveats of protein measurement here.) The article states:

Inpatient metabolic studies of human subjects were performed to obtain data on important nutritional issues. It was shown that wide variations in the ratio of carbohydrate to fat do not alter total 24-h energy need. Studies of the fatty acid composition of plasma low-density lipoproteins during low-fat feeding indicated that there can be considerable lipogenesis from carbohydrate in humans during isoenergetic feeding. The energy cost of this conversion must be small or be counterbalanced by other changes in energy metabolism because measured energy need was unaltered by fat-to-carbohydrate ratios. Energy need was, however, markedly varied by changes in body weight. Subjects at their usual body weights who had experimentally induced increases in body weight became inefficient and required a higher energy intake for weight maintenance. The reverse occurred with a reduction in body weight. The set point at which energy storage is defended is clearly different in obese persons.

It is clear, therefore, that the major components of the dietary mixture are altered by internal biochemical processes. When a very-low-fat diet is fed, the organism makes fat and the ultimate mixture available for metabolic events is different from that eaten. This establishes a degree of interchangeability of dietary substances such that the carbohydrate-to-fat ratio of the diet is not the ultimate mixture available to tissues metabolizing fat.

The amount of carbohydrate or degree of restriction of fat at which significant lipogenesis develops has yet to be determined. 11

A recent article in Eurekalert echoed the futility of calorie counting:

It’s time to stop counting the calories, and instead start promoting the nutritional value of foods if we are to rapidly cut illness and death from cardiovascular disease and curb the rising tide of obesity, say experts in an editorial published in the online journal Open Heart.

For example, boosting omega 3 fatty acid (from fatty fish), olive oil, and nut intake have all been associated with reductions in deaths from all causes and from cardiovascular disease, within months, they say.

But clinicians have failed to act for far too long, amid an excessive focus on the calorific content of food by the food and weight loss industries, despite mounting evidence that it’s the nutritional content that matters, they suggest.

Daily consumption of a sugary drink (150 calories) is associated with a significantly increased risk of type 2 diabetes whereas daily consumption of a handful of nuts (30 g of walnuts, 15 g of almonds and 15 g hazelnuts) or four tablespoons of extra virgin olive oil (around 500 calories) is associated with a significantly reduced risk of heart attack and stroke.12

America’s not-so-little problem with obesity has stretched to over a third of our population, but we’re not the only country that’s wide around the midsection. The global epidemic of excess weight — dubbed “globesity” — is becoming more and more widespread each day and seemingly nothing has been done about it. An editorial published in Open Heart suggests the outdated practice of counting calories has to go. Instead, health experts recommend taking a look at the nutritional value of the food we eat to not only lower our weight, but also lower our risk for cardiovascular disease and diabetes.

“Shifting the focus away from calories and emphasizing a dietary pattern that focuses on food quality rather than quantity will help to rapidly reduce obesity, related diseases, and cardiovascular risk,” the research team said in a statement. “Primary and secondary care clinicians have a duty to their individual patients and also to their local populations. Our collective failure to act is an option we cannot afford.”13

Eventually, we may move to new methods of determining diet which been suggested, such as rating foods based on their nutrient content or nutrient density.14-15

The Whole Picture: Why Focusing On Food Makes For an Incomplete Portrait of Health 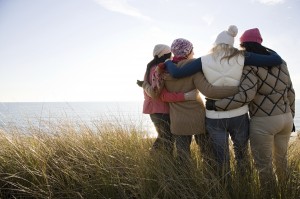 I believe that the reason we are missing the mark with obesity and weight loss is because the sole focus has been on food and exercise. It’s true, it’s a good idea to zero in on quality and unprocessed foods. This alone can cause health gains, but it won’t get everyone to the finish line if the following aren’t also considered. These are things I review with all my clients and I discussed them on my article, “The Dirty ‘D’ Word” on Natural Path:

You can read the reminder of the article for 5 simple tips to incorporate with any health and wellness plan. The truth is, the less “diet focused” and the more “health focused we become, the better choices we will make for a healthier, happier life, verses a life of restriction, nutrient-devoid experiences.

This current status of our nation being on the losing side of obesity is summarized best below:

The public health war on obesity has had little impact on obesity prevalence and has resulted in unintended consequences. Its ineffectiveness has been attributed to: 1) heavy focus on individual-based approaches and lack of scaled-up socio-environmental policies and programs, 2) modest effects of interventions in reducing and preventing obesity at the population level, and 3) inappropriate focus on weight rather than health. An unintended consequence of these policies and programs is excessive weight preoccupation among the population, which can lead to stigma, body dissatisfaction, dieting, disordered eating, and even death from effects of extreme dieting, anorexia, and obesity surgery complications, or from suicide that results from weight-based bullying. Future public health approaches should: a) avoid simplistic obesity messages that focus solely on individuals’ responsibility for weight and health, b) focus on health outcomes rather than weight control, and c) address the complexity of obesity and target both individual-level and system-level determinants of health.16

In a follow up blog, I discuss the caveats of the science of nutritional studies that can help to explain some conflicting “conclusions” and the role of essential fats on waistlines. Read it here.

By Sarah Lobisco| 2015-09-11T15:06:38+00:00 September 8th, 2015|Latest Articles, latest news, Naturopathic Medicine, Newsletter Postings|Comments Off on The Next Nutrient War Era- Why We Are On the Losing Side of Weight Loss