Could Our Current Approach to Health Care Be Our Downfall? 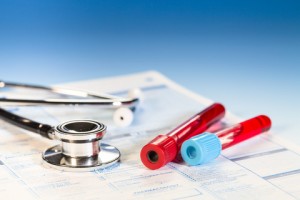 Last week, I was listening to a webinar on an integrative approach to allergies that made me pause. In it, Dr. Tieranona Low Dog, presented a truly holistic and individualized approach to allergies. This comprehensive approach was not accomplished by simply suppressing the symptoms with an antihistamine. Rather, the goal was to achieve optimal health by supporting the whole person and addressing the cause of a sufferer’s overactive immune response. For example, a constant sinus headache and runny nose could be the result of an overburdened liver, a digestive distress, a chronic low grade infection, or a bad diet causing one’s immune system to become more irritated by an environmental trigger.

However, allergies and food sensitivities are not the topic of this blog post (stay tuned).

What made me ponder after listening to this this webinar was something beyond the health content. I was reminded of the very differing health approach of the ancient Chinese medical system. In their viewpoint, doctors were doing their job by preventing illness and they were only paid if their patients stayed well. Therefore, if the village was sick, the physicians would not get paid and may be replaced.

Can you imagine what would happen to our medical system if this were to occur? We may spontaneously combust our health care! After all, we are already in a primary care shortage. Furthermore, most people are so disease-focused that they think it’s normal to have symptoms that continue to increase everyday. Just think of a typical conversation you have daily. Do you know anyone that doesn’t complain of a symptom everyday and discuss which medication will help suppress it the best?

Most other countries reward physicians for good care with financial incentives. For example, in the UK, 95 percent of physicians are paid, at least in part, according to the quality of care they deliver. In Australia, it’s 72 percent. The US scores lower than anyone else, at 30 percent.

Right now, we are in the midst of a whole overhaul of health care access with ObamaCare being implemented. However, this Affordable Care Act, with a goal to increase coverage of health care to all, will fail if we keep increasing access to broken solutions in an expensive system. This may be the case. Furthermore, although the goal is to increase preventative measures to chronic diseases, most of the insurance-paid means to do this is only through more detection and screening to find the problem.

I wrote about this a few years back, and unfortunately, many of my concerns seem to be occurring. Perhaps, Barbara Bellar, MD says it all in her summary of the Affordable Care Act at minute 43 in this video below.

I have recently listened to several webinars on this topic where I learned about the current plan to be implemented and various concerns and confusion that expert panelists expressed. These included:

1. That integrative practitioner, alternative, holistic, or anything outside of conventional practices could be replaced and edged out. This is related to coverage interpretation within the law. For example, right now, chiropractic is one of the only forms of integrative medicine that is covered under most plans, but may vary by state. The clause for non-discrimination is being hotly debated and if various practitioners will be covered continues to be a major discussion point.

2. The ability for some to invest resources from health care savings accounts (HSAs) on supplements, integrative office visits, or anything beyond prescriptions that are standard of care, may be restricted. Furthermore, the cost of having a HSA may become obtrusive. For example, HSAs and high deductible plans will probably see penalties increasing from 10-20%.

3. There are many lawsuits (I found a report of 89 in 2013) in which religious and constitutional freedom for subsidized health issues are currently in the court system. Washington Post reported:

The big 2012 Supreme Court case engaged central questions of modern government: Is it constitutionally permissible to require millions of people to purchase health coverage to stabilize our national health-care market? Is it overly coercive to deploy the federal government’s huge Medicaid leverage to induce states to expand coverage? In separate litigation, the Supreme Court is being asked to decide the appropriate boundaries between employers’ and employees’ religious liberties in deciding matters such as contraceptive coverage.

4. Eventually 15 unelected officials will be appointed to oversee all medical decisions about health care.

5. We have 10,000 Americans retiring a day and many fear that we have no good plan in place to deal with this fact. Some worry Medicare may be gone with 8-10 years, affecting future generations. This is even scarier than word of Medicare’s premium increases.

6. I was made aware of my own insurance plan change. My ability to shop across state lines for health care providers will be limited.

So, wouldn’t it make sense to start a new plan that involves keeping people well verses funding for a broken system? In my  book, BreakFree Medicine: A Systematic Guide to Balancing the Body, I discuss the sad statistics of our health care system. For example, among the seven nations of Australia, Canada, Germany, the Netherlands, New Zealand, and the United Kingdom (U.K.), the United States ranked last in overall health outcomes.

It is my intention with BreakFree Medicine to join my predecessors to empower people with important health information so that they can make informed decisions and contribute to a true health and wellness revolution.

This is one in which:

Deepak Chopra shared his view of our current model that views the physical body as a machine to attack and fix in a current article:

Yet the biggest flaw in the machine model, as I see it, is its rejection of the mind-body connection. When I was in medical school, no such thing existed. At most we learned about psychosomatic disorders, with the clear implication that they weren’t real, being the result of the patient’s imagination. This situation hasn’t changed much in medical school, sad to say, but the surge in alternative and integrated medicine has brought the mind-body connection to the fore.

There have been several recent headlines I highlighted in this blog that demonstrate that our standards of care and implementation of food safety may not always be helpful in preventing or affecting change in disease to health.

Did you know it takes 1 ton of the plant of Melissa to make 8 oz. of the oil?
Melissa is incredible for kicking down virus activity and emotionally has an uplifting effect.

It modulates the immune system.

Did you know there is a connection between viruses and cancer?

American Association of Naturopathic Physicians. Health Insurance Should Not Discriminate. Naturopathic.org. May 24, 2013.

Adleman, A. Will ObamaCare Affect Medicare? Myth and Facts.USNews.com. August 19, 2013.