The Myths, Facts, and Considerations in Diet & Weight Loss 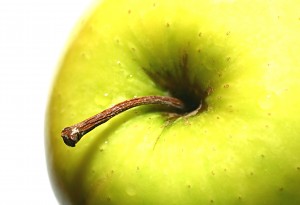 DOLT! I did it again! I jumped down the “I’m curious to look deeper into this new study” rabbit hole. I should have known better than to do this on the topic of “weight loss!” There’s so much conflicting and polarized nutritional and dietary information in the media. In fact, even science cannot find a common ground on this topic.

“You know that’s a dangerous, dangerous lane to go down, Sarah… the weight loss maze!” This is what I was thinking, but I didn’t listen to myself. With the obesity epidemic that is getting bigger and bigger (pun intended) and even trickling down to our children at an enormous rate (no pun intended), I decided to go ahead with this important topic.

So, here I am in the midst of information overload and driving my computer nuts with 22 tabs of studies and articles open at one time. This is all due to one little study that I was hoping to just calmly report in my “September Top Holistic Health Reads.”

Nope… it exploded all over the integrative and conventional medical world. So, here it is…my take on this “new study” that was released in the Annals of Internal Medicine that vindicated many low carb dieters.

The latest study to create this buzz consisted of 148 men and women without clinical cardiovascular disease and/or diabetes. The trial compared the cardiovascular and weight-loss outcomes from 60 subjects assigned a low-carbohydrate diet (<40 g/d) to 59 participants consuming a low-fat diet (<30% of daily energy intake from total fat [<7% saturated fat]). Measurements on weight, cardiovascular health, and dietary composition were taken at baseline and every 3 months for a year’s time. In the end, the low carbohydrate diet won out.

As you can imagine, many groups in favor of low fat, vegetarian, or low protein diets began speaking out about the flaws of the study and the low carb, high fat, high protein dieters used the study as validation of their nutritional approach. Furthermore, the study sparked just as much controversy related to the cardiovascular findings.

Those in the low-carbohydrate group had lower levels of fat circulating in their blood and had lower scores on a measure often used to predict the risk of a heart attack or stroke within the next 10 years.

“I thought that was a very striking finding,” Bazzano said. She added that the score that predicts risk of future heart attacks and strokes was computed after the study was finished and is less reliable than the other risk factors they measured.

Dr. David Jenkins, who wasn’t involved in the study, told Reuters Health, “This doesn’t look to me to say ‘eat all the meats you want to lower your carbohydrates.’ That’s just one way to do it.”

Instead, Jenkins said, people in this study appeared to improve their overall diets. For example, they were eating foods with healthier fats, such as nuts and beans.

Step 1- Contemplating the Results & My Bias

The first step of any scientist should be to examine their beliefs and biases so as not to taint the studies or “cherry pick” results. So, below are my initial thoughts on the study results, prior to my getting my shovel out for digging into the research…

Ok, makes sense to me. Sure, there are probably some flaws to the study. Still, I can see how results would be favorable considering the fact that a low carbohydrate diet will decrease the overall sugar content, assist with favorably modulating insulin and blood sugar, and can decrease unhealthy carb consumption (such as gluten). If done properly by avoiding trans fats and processed foods, positive shifts in inflammation and metabolism would occur. This can lead to weight loss and healthier metabolic markers.

Furthermore, contrary to what is traditionally accepted as a given link between low cholesterol and low saturated fat diets reducing cardiovascular risk, compelling research as of late has debunked this link to heart disease and overall health.

If you aren’t on the latest podcast loops or a follower of Dr. Mercola, then you may have missed the slew of interviews with Nina Teicholz, an investigative journalist and author of The Big Fat Surprise: Why Butter, Meat, and Cheese Belong in a Healthy Diet. She was also the original whistleblower in the dangers of trans fats. Nina points out that healthy vitamins and nutrients are found in saturated fat and are necessary for wellness.

Nina also points out that many clinical trials over the past decade have clearly showed that a diet higher in fat and restricted in carbohydrate results in health improvements such as weight loss and a reduction in risk factors for diabetes, and heart disease. A high-fat diet typically means eating animal foods. Of course, there are very healthy saturated plant fats as well—coconut oil and palm oil, specifically. (Avocado, another healthy fat, is unsaturated.)

“[Coconut and palm oil] have been used for millennia in Asian cultures. They are making a big comeback in part because vegans who don’t want to eat animal products have found that they still need a fat for cooking that doesn’t oxidize when it’s heated…

So quality counts. For example, Dr. Hyman reviews in his article the importance of considering the quality of fat:

Step 2: Diggin’ the Hole- The Pro Side of Low Carb

“Whoo-hoo. I can be done early today,” I thought when I ran into this article that “compared 14 randomized controlled trials regarding low carb diets. Alas, here I remain a few hours later in between office visits. (Who am I kidding, you know I’m totally geekin’ out and lovin’ it!)

Initially I was jazzed by how the author did put the trials in a nifty table clearly demonstrating that a lower carbohydrate, higher fat diet was beneficial. I was pleased for a variety of reasons:

Step 3: Noting the Issue of Adherence With All Diets

Skimming through the articles and cross-referencing I found one of the JAMA articles that was referenced as a source actually concluded that all of the diets modestly reduced body weight and cardiac risk factors. The authors concluded that this finding may have been more related to adherence than the dietary components alone:

Even as far back as 2003, randomized trials were showing that intense, Atkins-like- low carbohydrate diets may be hard to follow after one year.

The low-carbohydrate diet produced a greater weight loss (absolute difference, approximately 4 percent) than did the conventional diet for the first six months, but the differences were not significant at one year. The low-carbohydrate diet was associated with a greater improvement in some risk factors for coronary heart disease. Adherence was poor and attrition was high in both groups. Longer and larger studies are required to determine the long-term safety and efficacy of low-carbohydrate, high-protein, high-fat diets. ( DOI: 10.1056/NEJMoa022207)

Step 4: Challenging Biases With the Low Carb Controversy, the Other Side

Skeptics of the study fought back with some caveats. As reported in the Huffington Post, considerations and limitations of the study included:

1. The low-carb dieters didn’t stick to the less than 40 grams of carbs of carbs a day. Some were as high as 127 grams at 12 months indicating that adherence was an issue as discussed above.

2. Both groups supplemented their diets with meal replacement bars or shakes and routine counseling, which made the study not applicable to the general population.

(Note: This is true for most studies that analyze one intervention to find an effect; many studies are hard to correlate to the “real world.”)

3. Low carb dieters ate more protein which has been shown to help with appetite regulation.

4. The trial didn’t take into account all measurements of weight loss such as waist circumference and waist-to-hip ratio along with Body Mass Impedance (BMI) measurements.

This could be important because obesity has been linked to hypertension and the recent 7-year Dallas Heart Study of 903 participants reported, “Increased visceral adiposity, but not total or subcutaneous adiposity, was robustly associated with incident hypertension.”

When I reviewed the research on low fat diets, I found a lot of evidence that, compared to conventional diets and weight loss diets, low fats diet of high quality had positive effects. However, when compared to low carbohydrate diets, the evidence of superiority wasn’t easy for me to find. 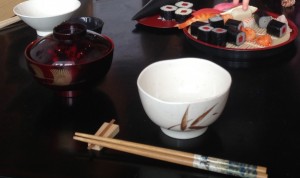 So, What Is the Best Way to Eat?

Read the conclusion of my dietary review here.