What To Do After Your Squeaky Clean From a Cleanse: Part I

Besides gut bugs, another one of my major focuses is the role that environmental toxins play on our health. Why do I spend so much time balancing between the power of tiny critters in our insides and the depressing news of toxins?

First of all, because the biochemistry and science fascinates me…so I’ll admit, it feeds my inner geek. 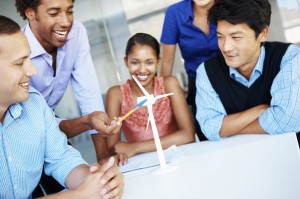 Another reason is because by addressing both, people get a lot of “bang for their buck!” In other words, by modulating your  microbiome with diet, lifestyle, probiotics, exercise, you can get all the benefits of a happy gut population.  After all, no one in the know likes make these little inhabitants that we transport around mad. They can wreak havoc by sheer number (they outnumber our cells 10:1!). Similarly, by decreasing your toxic load, though a supervised and supportive cleanse, your body’s metabolic and wellness power can re-ignite!

Isn’t it nice to know that we are more than our genetic destiny!

So, I’ve covered the microbiome and the importance of cleansing, however, what about after a cleanse?

“I’ve cleansed, I’ve detoxed…my insides are lean and squeaky clean, now what do I eat and what do I do, Dr. Sarah!?”

I can’t count the amount of times I’ve heard this from my clients’ mouths right after they had completed a 21 day cleanse or elimination diet. Rightly so. They were confused on how to keep their positive health momentum going after they endured all the necessary prep and successfully completed getting rid of all the toxic sludge that had been weighing their bodies and minds down. Although it may have appeared simple to eat healthy, drink cleansing shakes, avoid toxic exposures, and exercise to move the lymph system,1 I know firsthand it’s not necessarily easy. So, after all the hard work to move toward a healthier body and become a “cleaner insider,” what’s the next step?

Let’s start with the basics.

In this series, I’m going to review some of what we are up against as far as everyday exposures. My hope is that it will remind you of the inspiration you had when you initially began the cleanse. Then, we’ll look at some important steps to make sure you stay clean and retain all the benefits of your efforts.

Keep to the Avoids

The alarming amount of toxins and chemicals released into our environment continues to rise. According to the U.S. Department of Health and Human Services Toxicology Program, “More than 80,000 chemicals are registered for use in the United States. Each year, an estimated 2,000 new ones are introduced for use in such everyday items as foods, personal care products, prescription drugs, household cleaners, and lawn care products.” 2

In 2009, the Center for Disease Control and Prevention (CDC) released their “Fourth National Report on Human Exposure to Environmental Chemicals.” This 529-page “summary” of the CDC’s National Health and Nutrition Examination Survey (NHANES) stated that there were over 200 chemicals present in the average volunteer. 75 of these chemicals had never been seen in previous reports.3

Since this report’s release, the CDC has issued several updated tables4-5 which list even more new chemicals that are being monitored as potential harmful or toxic substances. The latest Updated Table from February 2015 listed a total of 265 chemicals, in which 65 were new and 139 were updated since the August 2014 updated edition. This table also included a special sample from 2011-2012 to allow measurement of chemicals associated with tobacco smoke.5

These chemicals have been linked to hormonal imbalances, infertility, immune disorders (including cancer), respiratory illness, and many other diseases.7-14

In detoxifying and cleansing, one of the most important aspects is to remove the sources of toxicants so our organs of eliminations (lung, skin, kidney, livers, and colons), have a chance to depollute without “re-toxing.” The prevalence of avoiding chemicals in the air we breathe, the food we eat, and the water we drink can make this task daunting, but necessary. Soon, being proactive becomes a way of life and second nature, and the health benefits are worth it. Let’s take a look at what we are up against and what nutritional and supplemental cleanses can support.

You may think that a clean diet is the most important thing in a cleanse program, and it is definitely one of the most vital. We have little control over our exposures when we step outside or inside, but we do have a say in what goes on the end of fork. Will it be helpful or harmful?

Diets that are based on whole foods and are organic certified may, in fact, be the one of the most important ways to avoid a variety of diseases15-18 associated with the 165 pesticides found in the 3,015 produce samples tested by the U.S. Department of Agriculture.19  In fact, a recent study that analyzed a family of four demonstrated eating organic foods for only a few weeks decreased the occurrence and number of pesticides, as evidenced by urinary samples, with even more remarkable declines in the children.20 Furthermore, it’s comforting to know that with the consumption of organic and unprocessed foods, there is a decrease in the exposure to phthalates, due to less consumption of foods wrapped in plastics.21 Additionally, if one chooses organic, they will receive the added benefit of higher levels of antioxidants and certain nutrients to assist with health outcomes and detoxifying, especially in those who are genetically more sensitive to exposures.20, 22-24

If one can’t go completely organic, avoiding genetically modified (GM) foods, which increase exposure to glyphosate and have been linked to 22 diseases22, is important. It has been suggested that glyphosate, sprayed on GM foods, may contribute to the rise in gluten sensitivity due to its impairment in many cytochrome P450 enzymes, which are involved with detoxifying environmental toxins. Furthermore, inactivating these important enzymes will affect vitamin D3, catabolizing vitamin A, and maintaining bile acid production and sulfate supplies to the gut. This herbicide has also been linked to deficiencies in minerals (iron, cobalt, molybdenum) and depletion in amino acids (tryptophan, tyrosine, methionine, selenomethionine). 26-27 There is also evidence it can mess with our microbiome, and there are too many reasons to count why that is not optimal, including the role of our belly bugs in detox.26, 28-29

For these, nutritional30 and other health safety reasons,31-34 I would recommend sticking with non-GMO choices, whole foods, and eating organic as much as possible. Furthermore, the safety of these foods has still not reached a consensus.35

Resources to decrease exposures in diet include:

After diet, another area where we can exert more control is in decreasing our exposures to environmental chemicals, which includes the quality of water we drink. Stay tuned, I got a little winded, so I’m cutting this blog into parts. 🙂

22. Outcomes in Correlation to 22 diseases tested: Genetically engineered crops, glyphosate and the deterioration of health in the United States of America. Journal of Organic Systems, 2014; 9(2). http://www.organic-systems.org/journal/92/JOS_Volume-9_Number-2_Nov_2014-Swanson-et-al.pdf

33. Sean Poulter for the Daily Mail. World’s largest inquiry into safety of GM crops will use thousands of rats and cost £156million. Mail Online. 2014. Available at: http://www.dailymail.co.uk/news/article-2830199/world-s-largest-inquiry-safety-gm-crops-use-thousands-rats-cost-15-6-million.html#ixzz3ixp85bkp. Accessed January 16, 2015.