Part II: The History and a Legal Overview of Cannabis & “Weeding Out” Some Uses 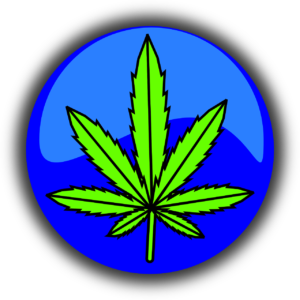 The Long-History and Regulation of Cannabis and Its Compounds

In last week’s article, I began my discussion of CBD (cannabidiol) oil. I just reviewed its popularity and why it is being mass marketed on my Saratoga.com blog. Now I will review the background and timeline regarding cannabis, hemp, and CBD.

Understanding the history will help to clarify why this “craze” is more than hype. Rather, it is a longstanding query as a legitimate medical intervention. Due to its classification and proclaimed addictive properties, one cannot separate its history from the legalities; therefore, a brief overview of its regulation will also be included.

For those that are tempted to start a snooze fest from the mention of days of old, you may want to “caffeine-up.” This is because the “flavor” of this discussion will be “blended in” with its previous uses and updates on current indications briefly here and in future posts.

The History of Marijuana in the U.S.

CBD and marijuana have an extensive medicinal past, with some sources dating its use back to ancient times. Cannabis was used as a pharmaceutical botanical in the 19th and 20th centuries. It was later classified as a Schedule 1 substance in the 1970’s, deeming it’s potential for high abuse and “no medical use.” (source, source, source)

According to the book, The Health Effects of Cannabis and Cannabinoids: The Current State of Evidence and Recommendations for Research:

Cannabis sativa has a long history as a medicinal plant, likely dating back more than two millennia (Russo et al., 2007). It was available as a licensed medicine in the United States for about a century before the American Medical Association removed it from the 12th edition of the U.S. Pharmacopeia (IOM, 1999). In 1985, pharmaceutical companies received approval to begin developing ?9-tetrahydrocannabinol (THC) preparations—dronabinol and nabilone—for therapeutic use, and as a result, cannabinoids were reintroduced into the armamentarium of willing health care providers (Grotenhermen and Müller-Vahl, 2012). (Excerpt from: “4 Therapeutic Effects of Cannabis and Cannabinoids” pg 86-88.doi: 10.17226/24625. 2017)

An Overview of the Use & History of Cannabis

This same source also provides an excellent summary of the history of cannabis which you can read in detail. Here are the key points:

“In summary, the legal changes in cannabis policy during the past 50 years have been characterized primarily by three types of policies, each implemented by various states, beginning with (1) decriminalization throughout the 1970s, which preceded (2) medical cannabis laws and (3) regulated and licensed recreational cannabis.”

California Paves the Way with the First Medical Cannabis Legislation

As states and the federal government remain divided on cannabis regulation, the confusion continues in relation to its legality, addictive, and medicinal properties. In 1996, the first medicinal cannabis legislation was passed by two states. This paved the way for its re-emergence in medicine and its popularity. Although Arizona later rescinded, California’s passage set precedent for other states to legalize its use, all differing in appropriate restrictions and applications.

According to the book, The Health Effects of Cannabis and Cannabinoids: The Current State of Evidence and Recommendations for Research (bold emphasis mine):

At the time that this report was written, in 2016, 28 states and the District of Columbia had legalized the medical use of cannabis; 8 states had legalized both medical and recreational use of cannabis; and another 16 states had allowed limited access to low-THC/high-CBD products (i.e., products with low levels of THC and high levels of CBD) (NCSL, 2016). A recent national survey showed that among current adult users, 10.5 percent reported using cannabis solely for medical purposes, and 46.6 percent reported a mixed medical/recreational use (Schauer et al., 2016)…

Of the states that allow for some access to cannabis compounds, cancer, HIV/AIDS, multiple sclerosis, glaucoma, seizures/epilepsy, and pain are among the most recognized qualifying ailments (Belendiuk et al., 2015; NCSL, 2016). There are certain states that provide more flexibility than others and that allow the use of medical cannabis for the treatment of any illness for which the drug provides relief for the individual. Given the steady liberalization of cannabis laws, the numbers of these states are likely to increase and therefore support the efforts to clarify the potential therapeutic benefits of medical cannabis on various health outcomes. (Excerpt from: “4 Therapeutic Effects of Cannabis and Cannabinoids” pg 86-88.doi: 10.17226/24625.)

As of January 2019, Medscape reports:

The list of states where medical or recreational use of marijuana and CBD is legal keeps growing. Thirty-three states and Washington, D.C., have passed medical marijuana laws (including 10 states and the nation’s capital where recreational and medical use is legal), says Paul Armentano, deputy director of the National Organization for the Reform of Marijuana Laws (NORML). Also, 14 states have enacted CBD-explicit medical laws.

State Medical Cannabis/Marijuana laws can be viewed here. There will be more details on legality issues in a future article.

Coming up in future posts: