When Should a Woman Consider Hormone Replacement? What is the Risk? 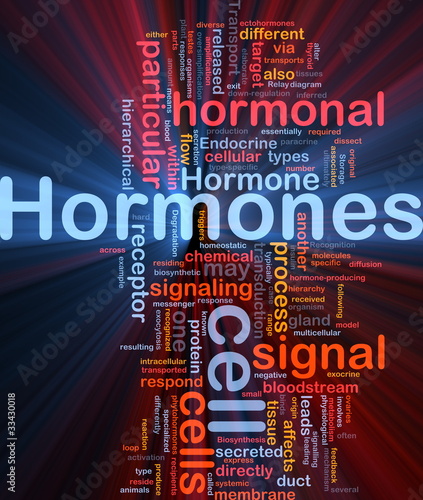 Back in the spring, I discussed the confusion among experts and the public alike regarding the link between the use of hormones and cancer risk. At that time, new data was released from an analysis of an additional subset of 90,000 women from the original population of the Women’s Health Imitative (WHI) study. These results sparked the reemergence of the topic of the use of hormones in women.

Background On the Study That Started It All (the WHI)

In 1991, the WHI was established to address the most common causes of death, disability, and impaired quality of life in postmenopausal women.  These factors included cardiovascular disease, cancer, and osteoporosis. Basically, the WHI was a 15 year multi-million dollar endeavor with three components of intervention under study:

The hormone replacement scare started when HT trials were halted due to various risk associations of women on hormonal interventions:

However, when the results from the observational study subset were released this spring, confusion and controversy began again. The trial looked at health and hormone use over an average of 11 years and found that women who took hormones to treat menopause symptoms and who got breast cancer were less likely to die from the illness than women who got breast cancer without taking hormones.

How could there be such differing results in the same trial?

The Issue of Cofounders : Lions, Tigers, & Bears in Scientific “Statistics”

An oncologist headed out to bravely seek the answer and to our relief, Dr. Chelbowski’s team was able to explain this difference when he accounted for confounding factors between the two studies. Specifically, he did a comparison study by splitting the observational trail into women who more closely matched the women of the randomized trails:

The results when comparing apples with apples were that survival after breast cancer was similar for both hormone users and non-users and tumors that arose in women who took hormones were no less deadly.

As with any scientific data and studies, it’s important to weed out headlines and hype that are comparing bad study outcomes.

This can lead to misinterpretation of data and unlikely associations. One recent case and point of this is the fish oil trial with prostate cancer.

This study assessed the 2011 JAMA review of a follow up on the “Health Risks and Benefits after Stopping the Women’s Health Initiative Trial of Conjugated Equine Estrogens in Postmenopausal Women with Prior Hysterectomy.” (Scientists can get very wordy with titles of studies!) 😉

The study was based on the findings in 2011 and 2012 when the WHI reported that women who received estrogen compared to those who received placebo had fewer deaths each year for 10 years and were less likely to develop breast cancer and heart disease.

As with headlines in spring, estrogen and hormone replacement hit headlines again-this time with pro-estrogen banners!

Does she use hormones? When? How?

Who does she trust??

What about labs, nutrition, will they help determine this??!

These cliffhanger questions will get answered next week in Part II of When Should a Woman Consider Hormone Replacement? What is the REAL Risk?

Be sure to join us then and as always, feel free to share your thoughts!

Highlight Blog to hold you over:

What is Estrogen Dominance?

Hormonal replacement can lead to Estrogen Dominance which can create a variety of imbalances in the body.

Read about it here.

3. The Winners are Announced!

Thank you Katherine and Mary for your belly rolling hormonal tales!

I look forward to meeting you at Menopause the Musical:

Due to increasing travel, writing, training, presentations, an increased national clientele, and research, I will be transitioning to asking more of my clients to reap the benefits of phone consultations! Office appointments will still be available but will not be as flexible with times for phone meetings.

6. Book of the Month: Mind Over Medicine by Lissa Rankin, MD

Dr. Rankin reveals her discovery that the health care she had been taught to practice was missing something crucial: a recognition of the body’s innate ability to self-repair and an appreciation for how we can control these self-healing mechanisms with the power of the mind. She empowers you to make your own Diagnosis, write your own Prescription, and create a clear action plan designed to help you make your body ripe for miracles.

Peart, K. For women with hysterectomies, estrogen may be a lifesaver after all. Yale News. (online). July 18m 2013. http://news.yale.edu/2013/07/18/women-hysterectomies-estrogen-may-be-lifesaver-after-all

By Sarah Lobisco| 2013-08-08T19:13:45+00:00 August 8th, 2013|Latest Articles, Naturopathic Medicine, Newsletter Postings|Comments Off on When Should a Woman Consider Hormone Replacement? What is the Risk?