The Soothing Smell of Fennel Oil: More Than Just a Flavor for Your Kitchen Part I 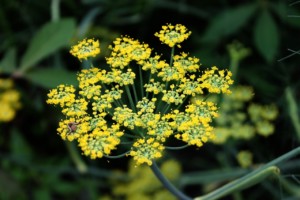 The Fantastic Flavor of Fennel Oil

I thought it may be time for a little break from exploring the emotionally-charged and controversial topic of healthism. Today the focus is on a subject we can all agree on, the power of plants, specifically the transformational effects of the essential oil of a well-known herb, fennel.

Every few months, I like to alternate and find new essential oils as flavorings for my favorite dishes. I’ve found that fennel vitality oil’s sweet taste perfectly contrasts my daily plate of steamed bitter greens. For this reason, it’s become a mainstay in my kitchen cabinet.

The use of fennel oil for flavoring is just a small sample of its many applications. Below is an overview of some of the numerous articles I’ve been exploring about its versatile actions.

An Overview of Fabulous Fennel Oil

Fennel (Foeniculum vulgare) is a biennial plant with yellow flowers and feathery leaves. This medicinal and aromatic herb belongs to the Apiaceae (Umbelliferaceae) family, which is also known as the celery, carrot, or parsley family. Its origins are from the Mediterranean, but it is widely cultivated worldwide. (1, 2, 3, 4)

The composition of pharmacological grade fennel oil is standardized in the European Pharmacopoeia to not less than: 60% anethole, 15% fenchone and a maximum of 5% estragole with the seed containing not less than 4% of the total volatile oils. The official fennel oil is Foeniculum vulgare (bitter fennel) versus Foeniculum dulce (sweet fennel). Anethole is responsible for sweet taste; whereas fenchone, is bitter.

The Soothing Smell of Fennel for the Digestive and Respiratory System

Fennel oil is known for promoting digestive and respiratory comfort and to soothe spasms. According to the Expanded German E Commission by the American Botanical Council, this essential oil has a wide array of applications for all ages:

In Germany, fennel seed is licensed as a standard medicinal tea for dyspepsia. It is also used in cough syrups and honeys (antitussives and expectorants), and stomach and bowel remedies, especially in pediatrics, as aqueous infusion, water (Aqua Foeniculi), drage (lozenge), juice, and syrup. It is often used in combination with aniseed (Leung and Foster, 1996; Wichtl and Bisset, 1994). In the United States, it is also used as a component of galactagogue preparations. Indications for use of fennel oil are similar to those for fennel seed. In Germany and the United States, fennel oil is used as an expectorant component of cough remedies, and also as a carminative component of stomach and bowel remedies in dosage forms including honey and syrup. Traditionally, it is combined with laxative or purgative herbs to counteract or modify their harsh griping effects in the bowels (ESCOP, 1997; Leung and Foster, 1996; Nadkarni, 1976; Wichtl and Bisset, 1994). The Commission E limits the use of fennel seed and fennel oil for up to two weeks and then recommends consulting a physician.

In a study with 125 infants, the authors concluded, “that fennel seed oil emulsion is superior to placebo in decreasing intensity of infantile colic.” (Please see my articles on the safe use of essential oils for infants and children here.)

The Flavor of Antioxidant and Microbe Inhibiting Power

A review article in the Arabian Journal of Chemistry discussed the health supporting properties of the herb of fennel (Foeniculum vulgare) for the lungs, gastrointestinal tract, liver, circulatory system, and to ward off unwanted microbes. The authors also highlighted the essential oil’s antioxidant effects and its role for internal use as a flavoring (or “flavouring” if you’re European).  The abstract summarizes the reviews’ findings are follows (bold emphasis mine):

Foeniculum vulgare (Apiaceae) commonly known as fennel is a well known and important medicinal and aromatic plant widely used as carminative, digestive, lactogogue and diuretic and in treating respiratory and gastrointestinal disorders. Its seeds are used as flavourings in baked goods, meat and fish dishes, ice cream, alcoholic beverages and herb mixtures. Phenols, phenolic glycosides and volatile aroma compounds such as trans-anethole, estragole and fenchone have been reported as the major phytoconstituents of this species. Different pharmacological experiments in a number of in vitro and in vivo models have convincingly demonstrated the ability of F. vulgare to exhibit antifungal, antibacterial, antioxidant, antithrombotic and hepatoprotective activities, lending support to the rationale behind several of its therapeutic uses. Phenolic compounds isolated from F. vulgare are considered to be responsible for its antioxidant activity while the volatile aroma compounds make it an excellent flavouring agent. The present review is an up-to-date and comprehensive analysis of the chemistry, pharmacology, traditional uses and safety of F. vulgare.

This article also sites evidence of the essential oil for its microbe inhibiting properties, including fungal organisms. 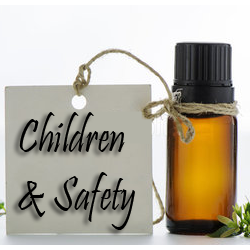 It’s important to remember that essential oils have been used for years as flavorings and have a history of ingestion for healing purposes. If you are using essential oils for any application, especially internally, the quality of the oil, experience, and your current knowledge are important qualifiers for safety and the determination of the best type of application for you.

Later this week, I will go into more detail on ingesting essential oils and a balanced view on the safety considerations that are often exaggerated and unfounded by media.

Fennel oil is more than a digestive and respiratory system enhancer, antioxidant, and microbe inhibitor. Learn more about the versatility of fennel oil including its role as a liver protector, hormonal balancer, and a holistic healing tool. Click here for part 2 on my Healing, Health, and Wellness blog.

Foeniculum vulgare: A comprehensive review of its traditional use, phytochemistry, pharmacology, and safety. Arabian Journal of Chemistry. November 2016. http://www.sciencedirect.com/science/article/pii/S1878535212000792

Evaluation of anxiolytic activity of the essential oil of the aerial part of Foeniculum vulgare Miller in mice. BMC Complementary and Alternative Medicine.. https://www.ncbi.nlm.nih.gov/pmc/articles/PMC4156641/

The effect of fennel essential oil on uterine contraction as a model for dysmenorrhea, pharmacology and toxicology study. J Ethnopharmacol. 2001. https://www.ncbi.nlm.nih.gov/pubmed/11448553