Experts Eager to Review the New Dietary Guidelines: The Good and the Not-So-Good 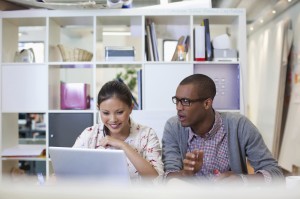 Why were these nutritional authorities so excited? There were many updates in the DGAC’s advisory report that were in alignment with integrative, holistic, and whole-food nutritionists, practitioners, and doctors. Probably, most notably, was the suggestion to take cholesterol off the “nutritional enemy list.” Would this and other positive changes that reflected the science, opinions, and new understandings of the time be upheld? Let’s review what the recommendations were and later discuss some of the controversial suggestions that were upheld, ignored, or dismissed.

From Report to Recommendations 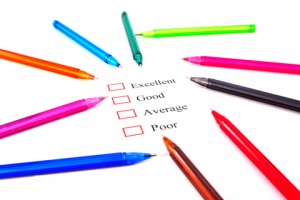 The DGAC’s Advisory Report consisted of a compilation of the latest scientific and medical evidence in nutrition in order to adequately advise experts and the public about optimizing diet. The end result is to have guidelines that “promote health,” “prevent chronic disease,” and to “help people reach and maintain their optimal weight.”

As stated in the executive summary of this 8th edition of Dietary Guidelines, “The statute (Public Law 101-445, 7 U.S.C. 5341 et seq.) requires that the Dietary Guidelines be based on the preponderance of current scientific and medical knowledge.” The guidelines are reevaluated and updated every five years to reflect the latest findings and research. Constructing them on current evidence is of utmost importance, as these guidelines have a strong impact on guiding federal nutrition policy and programs, public health agencies, health care providers, educational institutions, local, state, and national initiatives, and various industries.

Secretary of Health and Human Services Sylvia M. Burwell and Secretary of Agriculture Tom Vilsack today released updated nutritional guidelines that encourage Americans to adopt a series of science-based recommendations to improve how they eat to reduce obesity and prevent chronic diseases like Type 2 diabetes, hypertension, and heart disease. The 2015-2020 Dietary Guidelines for Americans is the nation’s trusted resource for evidence-based nutrition recommendations and serves to provide the general public, as well as policy makers and health professionals with the information they need to help the public make informed choices about their diets at home, school, work and in their communities.

The five overall themes of the recommendations in the latest version were summarized as follows:

As far as reducing “harmful nutrients,” the Dietary Guidelines emphasized keeping upper limits of added sugars and saturated fat to less than 10 percent of calories a day and sodium to less than 2,300 mg/day for people 14 years and older… less for younger. Alcohol was also recommended to be consumed in moderation, one glass a day for women and two a day for men tops.

You can read the full version of the guidelines here. Now let’s look at some of the good, bad, and ugly.

The Dietary Guidelines support what naturopathic and functional medicine doctors have been advocating for years, food and positive lifestyle habits are powerful medicine. The current Dietary Guidelines state, “A growing body of research has examined the relationship between overall eating patterns, health, and risk of chronic disease, and findings on these relationships are sufficiently well established to support dietary guidance.”

Three recent studies, all released in December 2015, provided more evidence of how lifestyle habits can impact health outcomes for individuals. The first study, published in Circulation, found that seven healthy heart habits, which included diet, could decrease risk of heart failure. Another study, published in PLOs One consisting of a large Australian cohort, also demonstrated that those who had less risky lifestyle factors had lower overall mortality risk. Finally, the third study was reported in International Journal of Epidemiology. It included over 1.3 million Swedish men who were followed for 29-years. Its concluded there was an association between those with the highest level of fitness from adolescence to lower all mortality risk from any cause, with obesity modifying risk.

With over half of Americans struggling with one chronic disease, as reported by the CDC, and a quarter with more than one chronic disease. The impact of changing diet and supporting healthy behaviors could be extraordinary, especially considering the high cost of healthcare today in the United States with dismal healthcare outcomes compared to other industrialized nations.

As mentioned above, one of the major changes in the initial advisory report that caused a huge outcry, both positive and negative, in the press and medical world was the ease of cholesterol guidelines, removing it from being a “nutrient of concern.” This was upheld in the current dietary guidelines to many experts’ relief. There’s now new meaning and a lot of science to the healthful impact of the “incredible, edible egg.”

According to an article in Medscape regarding the initial report released in December, “In practice, these new recommendations are perfectly in line with current scientific knowledge. They relativize the impact of dietary cholesterol on CV risk and will probably bring eggs back into favor, which, as has long been known, can be safely included in a balanced diet (with one possible exception, however, for diabetics).”

In fact, one review even reported that eggs may assist with healthy cholesterol pattern shifts (bold emphasis mine):

The lack of connection between heart disease and egg intake could partially be explained by the fact that dietary cholesterol increases the concentrations of both circulating LDL and high-density lipoprotein (HDL) cholesterol in those individuals who experience an increase in plasma cholesterol following egg consumption (hyperresponders). It is also important to note that 70% of the population experiences a mild increase or no alterations in plasma cholesterol concentrations when challenged with high amounts of dietary cholesterol (hyporesponders). Egg intake has been shown to promote the formation of large LDL, in addition to shifting individuals from the LDL pattern B to pattern A, which is less atherogenic. Eggs are also good sources of antioxidants known to protect the eye; therefore, increased plasma concentrations of lutein and zeaxanthin in individuals consuming eggs are also of interest, especially in those populations susceptible to developing macular degeneration and eye cataracts.

3. A Focus on Dietary Patterns Over Individual Food Components

A welcome change to non-reductionists was the shift from focusing on individual food groups and components and into overall eating patterns. This “real world” application is meant to provide more choices in types of healthy diets and is based on the recognition that, according to the Dietary Guidelines Executive Summary “people do not eat food groups and nutrients in isolation but rather in combination, and the totality of the diet forms an overall eating pattern. The components of the eating pattern can have interactive and potentially cumulative effects on health. These patterns can be tailored to an individual’s personal preferences, enabling Americans to choose the diet that is right for them.”

I’ve discussed in the past the issue of basing diets on one dietary theory verses what is right for the individual at different points in time. This can lead to dietary wars that say one way is right for everyone when, in reality, genetics, current health status, and digestive capacities all determine if certain foods will be helpful or harmful to individuals.

For example, it’s a popular belief that high protein diets help with satiety and can assist with weight loss. However, the exact amount to recommend can be hard to determine due to some scientific inaccuracy issues in measurement. Furthermore, low carbohydrate and higher fat diets do have evidence to support weight loss (along with most diets); but have been shown to effect thyroid hormonal output. Therefore, dietary recommendations should change with an individual’s changing health status.

That’s a no brainer. Sugar and sugar substitutes just aren’t good for you. Period.

Now, click here for the not-so-good Dietary Guidelines Recommendations including:

The New York Times recently discussed a personalized approach to nutrition.  Here is an excerpt:

Research increasingly suggests that each of us is unique in the way we absorb and metabolize nutrients. This dawning realization has scientists, and entrepreneurs, scrambling to provide more effective nutritional advice based on such distinguishing factors as genetic makeup, gut bacteria, body type and chemical exposures.

“The same dietary advice cannot be good for everyone, because we are all different,” said Eran Elinav, an immunologist at the Weizmann Institute of Science in Rehovot, Israel. “This is why we have failed so miserably at controlling the obesity epidemic.”…

Scientists are beginning to tease out the connections. Studies have linked at least 38 genes to nutrient metabolism — variants of which are thought to hinder or help absorption or the efficient use of nutrients in foods. Depending on your genetic makeup, studies suggest you might want to consume more or less folate, choline, vitamin C, fatty acids, starches and caffeine.

Click here to read more about a truly individualized approach to nutrition.

Hansel B. Why Dietary Cholesterol Is No Longer Enemy Number One. Medscape Diabetes & Endocrinology. March 19, 2015.

CDC. Understanding CAFOs and their Impact on Communities. Accessed at: http://www.cdc.gov/nceh/ehs/Docs/Understanding_CAFOs_NALBOH.pdf

Turning Down The Heat When Cooking Meat May Reduce Cancer Risk: http://www.npr.org/sections/thesalt/2015/11/23/456654768/turning-down-the-heat-when-cooking-meat-may-reduce-cancer-risk?utm_medium=RSS&utm_campaign=health