The Ebola Virus- The Spreading of Fear & a Report of Facts 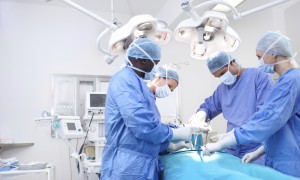 Since August 8, 2014, I’ve been following the updates on Medscape closely regarding the outbreak of Ebola. This was the date when the U.S. Centers of Disease and Prevention raised the level of emergency alertness to a “Level 1” for the third time in nine years. According to a video from Time magazine, this was only the third time a Level 1 emergency response was called. This response is reserved for the most dire health emergencies. It was first declared in 2005 for the after effects of Hurricane Katrina. In 2009, it was issued again in regard to the H1N1 influenza outbreak. (1)

Recently, new developments in the United States and frequent client questions have spurred me to write a blog about this subject similar to my 2009 H1N1 update. I have spent some time gathering facts from various sources and cross referencing articles. As always, I am providing sources so you are able to determine the validity for yourself.

Due to the fact that such fear is around, I hope to arm all of you with knowledge and provide you with some tips and information on how to keep you and your family safe physically and emotionally.

So, let’s start from the beginning…

The Ebola virus is named after the river where it was first recognized in 1976 at the time of the first human outbreaks (one in Central Africa and the other in South Sudan). (2)

According to the CDC:

Ebola, previously known as Ebola hemorrhagic fever, is a rare disease in humans and nonhuman primates (monkeys, gorillas, chimpanzees) caused by an infection with one of the Ebola virus strains.

Four of the five identified Ebola virus species in the family of Filoviridae, genus Ebolavirus, are known to cause disease in humans:

Reston virus (Reston ebolavirus) has caused disease in nonhuman primates and not in humans. (3)

According to CNN’s “Fast Facts on Ebola” (bold emphasis mine):

Ebola is extremely infectious but not extremely contagious. It is infectious, because an infinitesimally small amount can cause illness. Laboratory experiments on nonhuman primates suggest that even a single virus may be enough to trigger a fatal infection.

Instead, Ebola could be considered moderately contagious, because the virus is not transmitted through the air. The most contagious diseases, such as measles or influenza, virus particles are airborne. (4)

According to the World Health Organization (WHO):

The incubation period, that is, the time interval from infection with the virus to onset of symptoms is 2 to 21 days. Humans are not infectious until they develop symptoms. First symptoms are the sudden onset of fever fatigue, muscle pain, headache and sore throat. This is followed by vomiting, diarrhoea, rash, symptoms of impaired kidney and liver function, and in some cases, both internal and external bleeding (e.g. oozing from the gums, blood in the stools). Laboratory findings include low white blood cell and platelet counts and elevated liver enzymes. (5)

According to the CDC, the following supportive care is available for Ebola virus, as no FDA-approved vaccine or medicine is available currently (bold my emphasis):

The following basic interventions, when used early, can significantly improve the chances of survival:

Experimental vaccines and treatments for Ebola are under development, but they have not yet been fully tested for safety or effectiveness.

Recovery from Ebola depends on good supportive care and the patient’s immune response. People who recover from Ebola infection develop antibodies that last for at least 10 years, possibly longer. (6)

Some who have recovered have developed complications however. (6)

ZMapp is one experimental drug whose last dose was recently given to a woman in Norway. According to The Independent:

Two Spanish missionaries treated with ZMapp died and it is impossible to tell whether it helped cure the other patients or their recovery was down to other factors.

The serum is one of up to 10 medications and three vaccines in development for Ebola but no cure or treatment has yet been confirmed. (7)

ZMapp is a mix of three antibodies designed to bind to proteins on the Ebola virus, triggering the immune system to destroy them. The drug is manufactured in tobacco plants at Kentucky BioProcessing, a unit of cigarette maker Reynolds American.

According to the CDC:

(Read the CDC’s one page Facts About Ebola in the U.S. (Infographic))

Currently, there are only two confirmed cases in the United States isolated in Texas. These provide an example of the infectious nature posed to health care workers in a hospital. (10-13) However, worldwide there have been over 4,500 confirmed cases with approximately a 50% fatality rate. (12-13) Furthermore, two American aid workers were flown in from oversees with the virus. (14)
United States Gets Its First Confirmed Cases

On September 30, 2014 the CDC validated Thomas Duncan as the first laboratory-confirmed case of Ebola to be diagnosed in the United States. Duncan had traveled to Dallas, Texas from West Africa and developed symptoms approximately four days after arriving back in the United States. When Duncan sought care at Texas Presbyterian Hospital of Dallas, based on his travel history and symptoms, he was tested for Ebola and isolated as the CDC recommended. Close contacts of Duncan were identified for further daily monitoring for 21 days after exposure. Duncan died on October 8th. (15)

On October 10,2014, a healthcare worker at Texas Presbyterian Hospital who cared for Duncan was tested positive for Ebola. After the initial report of a fever, the worker was isolated and confirmation testing at the CDC’s laboratory was performed and confirmed on the 12th of October, according to CNN. (16)

Recently, I was interviewed on CBS6 News and stated my philosophy on keeping the immune system strong.

What the CDC is Doing for Controlling the Spread: http://www.cdc.gov/vhf/ebola/outbreaks/2014-west-africa/what-cdc-is-doing.html

More Training For Me In November!

Next month, I’ll be heading for more training with the Institute for Functional Medicine (IFM) to learn more about my obsession- the gut!

I’ll be geeking out with some of the greats, and although I may not be as available via email and phone, I’ll be thinking of my lovely clients and readers as I’m jotting down notes to share on my return!

(7) Dearden, L. Ebola virus outbreak: Norwegian patient to get the ‘last available dose of ZMapp in the world. The Independent. October 8, 2014. http://www.independent.co.uk/life-style/health-and-families/health-news/ebola-virus-outbreak-norwegian-patient-to-get-last-available-dose-of-zmapp-in-the-world-9781740.html.