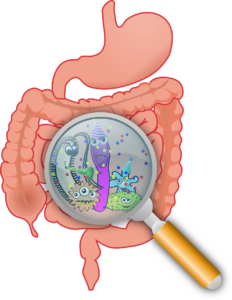 Besides my love of essential oils, I also have a soft spot for our trillion little tiny friends that line our insides, outsides, and exude from us in our very own unique microbial cloud. Yes, we really are like Charlie Brown’s friend, Pig Pen – regardless of how clean we are. (Click here if you need a quick intro or refresher about the microbiome.)

As a naturopathic doctor, I was schooled in the importance of a healthy gut as a key and critical component for achieving optimal wellness. Prior to the explosion of microbiome research, the impact of our health by our digestive system was known to be imperative for a variety of reasons. This was based on its role in:

We were also one of the few professions that understood the importance of intestinal permeability and it’s link to disease processes before it became more accepted into mainstream. (Functional Medicine also builds on the importance of gut function and uses the “5 R” program to heal the gut, discussed here. Number five is a new addition- rebalance.)

Joseph Pizzorno, ND, discussed the merger between the “old timers” of our profession and the new scientific insights in his 2014 article published in Integrative Medicine: A Clinician’s Journal:

After spending approximately 100 hours looking at the research, I am convinced the idea of toxins from the gut has substantial clinical relevance. In fact, the more I look at the research, the more I find, suggesting we are only seeing the tip of the iceberg. Once again, the old timers were right.

When speaking to new naturopathic students, I typically start with the admonition, “Read the old timers!” They had remarkable clinical insights. But I warn them to realize that their explanation of what they were seeing was probably wrong, as their understanding was impaired by the very limited physiological research of the time. My other caution is to realize that once a clinician developed an insight that helped a lot of patients, he/she would then go on to inappropriately assert that his/her theory was the cure for all disease. Sadly, as we all know, there is no such thing as one cure for all disease.

I proposed in a previous blog, “Could these critters be the key to a common language uniting all medicine and explaining what some of the oldest naturopathic and “nature cure” docs knew for years?”

It can no longer be ignored that what we eat and our lifestyle impact health and disease because these factors affect our gut bugs, modern research says! Now, it appears that the research on the microbiota that live in our insides has united conventional and integrative concepts to a common language.

See why I love the topic of the microbiome? It unites all practitioners in a common language. Also, the connection between my other favorite topic, essential oils and their impact on digestive health, microbes, and overall wellness, just makes me fonder of these little critters.

I was reviewing this month’s Top Holistic and Integrative Health Reads in preparation for their release next week. Below are some of the headlines that further support that we really are not-quite-human, but also the sum of buggy parts….

This study in Applied and Environmental Biology reported, “This study shows that different bacterial profiles in breast tissue exist between healthy women and those with breast cancer. Higher relative abundances of bacteria, that had the ability to cause DNA damage in vitro, were detected in breast cancer patients, as well as a decrease in some lactic acid bacteria, known for their beneficial health effects, including anti-carcinogenic properties. This study raises the important question as to the role of the mammary microbiome in modulating the risk of breast cancer development.”

Bugs Live in the Female Urogenital Tract- Implications on Immunity

Science Daily reports on a recent study from the University of North Carolina on Capitol Hill:

We found that the upper reproductive tract is not sterile, and that bacteria do actually exist there,” Keku said. “In patients with ovarian cancer, we found more pathogenic types of bacteria.”

While they said it’s too early to tell if the bacterial differences play a role in cancer development, researchers said their proof-of-concept study is a step needed to answer that question. Further studies are needed to determine if changes in the type of bacteria and other organisms in those regions come before the development of cancer.

Rethinking the Role of the Gut Microbiome in IBD

A study in Cellular and Molecular Gastroenterology and Hepatology was released examining the mucosal–luminal interface. The mucosa is the innermost layer of the gastrointestinal tract which surrounds its open space, the lumen. This was in order to study the disease-related biology of the gut in irritable bowel subjects versus controls. The authors used metaproteomics. They state, “The metaproteome of the mucosal surface is a composite of human and microbial products, skewed for proteins devoted to translation, energy, carbohydrate metabolism, and antimicrobial defense.” Although the results may be skewed more toward human peptides (protein building blocks), it provided clues of how the digestive tract physiology, including the belly bugs, differs in gut disease processes and health.

Microbiota Affect the Rate of Transplant Acceptance and Rejection

No surprise to those who have followed the impact of gut bugs on immune health, Science Daily reported on the research of University of Chicago Medical Center, “Microbiota–the bacteria, viruses and other microbes living on the skin and in the digestive system–play an important role in the body’s ability to accept transplanted skin and other organs, scientists have demonstrated.”

This is one of the most exciting releases to me, sent by a colleague today. It demonstrates a noninvasive way to detect a very misunderstood and hard to diagnose disease by examining the microbiota makeup. The researchers examined 48 people diagnosed with ME/CFS (myalgic encephalomyeletis/chronic fatigue syndrome) and 39 healthy controls using stool and blood samples and were able to ascertain with 83% accuracy those with ME/CFS. The good news is we know, from what I mentioned above about diet, that we can impact the microbes and their resulting genetic impact with lifestyle.

In a study published June 23 in the journal Microbiome, the team describes how they correctly diagnosed myalgic encephalomyeletis/chronic fatigue syndrome (ME/CFS) in 83 percent of patients through stool samples and blood work, offering a noninvasive diagnosis and a step toward understanding the cause of the disease….

“In the future, we could see this technique as a complement to other noninvasive diagnoses, but if we have a better idea of what is going on with these gut microbes and patients, maybe clinicians could consider changing diets, using prebiotics such as dietary fibers or probiotics to help treat the disease,” said Ludovic Giloteaux, a postdoctoral researcher in both Hanson’s and Ley’s labs and first author of the study.

Of Mice and Men 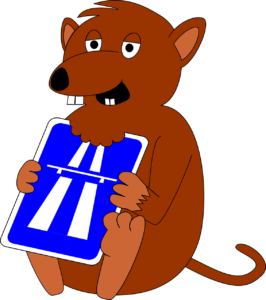 Some recent rodent studies examined possible mechanisms on the connection of gut bugs to human diseases.

A study in Cell Press reported in Science Daily showed the impact of a microbe species, Lactobacillus (L.) reuteri. The mechanism seemed to relate to the hormone oxytocin:

The absence of a one specific species of gut bacteria causes social deficits in mice, researchers report. By adding this bacteria species back to the guts of affected mice, the researchers were able to reverse some of their behavioral deficits, which are reminiscent of symptoms of autism spectrum disorders (ASDs) in humans. The investigators are now looking to explore the effects of probiotics on neurodevelopmental disorders in future work.

(Click here to review the impact of oxytocin on mental health.)

How Bad Belly Bugs May Make You Fat

A study in Nature explored how a metabolite, acetate, is altered by imbalanced gut microbes and linked to obesity and insulin resistance.

The Impact of Community

The Universal Commonalities of the Microbiome

Researchers developed a new computational method in order to determine human microbe dynamics (how environments impede or accelerate microbe growth). This was done by using two large-scale metagenomic studies from the Human Microbiome Project and the Student Microbiome Project. They were able to show that the microbes displayed universal dynamics in the gut and mouth, “whereas communities associated with certain skin sites are probably shaped by differences in the host environment. Notably, the universality of gut microbial dynamics is not observed in subjects with recurrent Clostridium difficile infection17 but is observed in the same set of subjects after faecal microbiota transplantation. These results fundamentally improve our understanding of the processes that shape human microbial ecosystems, and pave the way to designing general microbiome-based therapies18.” The study was released online June 8, 2016 in Nature.

Citizen Science and Mapping the Microbiome

In an interesting discussion on Medscape, Dr. Topol interviews Dr. Richman on the topic of using the public domain to study our microbes and how this could impact clinical suggestions. Here’s an excerpt:

We currently have a consumer product that is $89 per sample. It’s less if you have a subscription or if you do more than one sample at a time. We’re branching off into the clinical space, so there will be a health and wellness consumer product on one side and a clinical diagnostic product that is sold through doctors—a more traditional diagnostic—on the other side, which will have different pricing, obviously.

On the consumer side, you swab your toilet paper for the gut sample, and you swab your mouth or your skin or whichever other site for the other samples. You send it back to us, we sequence the microbiome in our lab using proprietary techniques that we’ve developed, and then we give you your results.

In the very beginning, the results were a list of bacteria, but now, we’re expanding the range of what we’re saying. It’s not just a list of bacteria, but which ones are most unique to you, which ones have changed the most, and trying to score your diversity vs other types of microbial diversity—trying to score whether or not your probiotics or prebiotics are working, if you are using them.

Click here to read more about the “Dark Side of Killing Bugs” and some important new studies on feeding happy bugs. I also discuss why the solution isn’t just “swallowing bugs”- probiotics. 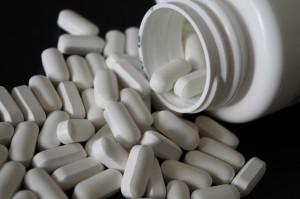 I believe that taking the wrong dose of the wrong bugs, in a high amount, may feed the wrong bugs in some people and potentially perpetuate their cycle of a disease. I’ve seen this clinically with my clients. Hence, it may be a bit complicated in certain situations. Still, for many, the good news is they are pretty darn safe if you take a good quality, professional grade product.

NIH: National Institute of Diabetes and Digestive and Kidney Diseases. Your Digestive System and How It Works. http://www.niddk.nih.gov/health-information/health-topics/Anatomy/your-digestive-system/Pages/anatomy.aspx

Fasano A. Intestinal Permeability and its Regulation by Zonulin: Diagnostic and Therapeutic Implications. Clinical gastroenterology and hepatology?: the official clinical practice journal of the American Gastroenterological Association. 2012;10(10):1096-1100. doi:10.1016/j.cgh.2012.08.012.

Thank Pixabay for the photos!