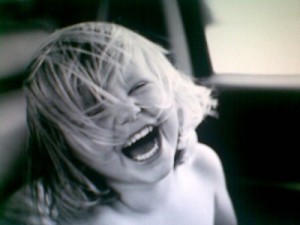 Taking Part in Our Children’s Health: A Holistic and Integrative Viewpoint

As a Naturopathic and Functional Medical Doctor, I am trained to identify the different factors and influences that block or sustain health. In my past blog on autism, I highlighted the fact that social support was the number one predictor of cardiovascular mortality. Any integrative doctor will tell you that when you treat a child, you also treat the entire family. I’ve recently had a stream of new pediatric patients and have been reflecting on the above intertwined concepts.

With children, not only must they be convinced to “take their medicine”, but there exists the dual challenge of having the family understand their role in supporting the child’s necessary lifestyle changes. In fact, the key of any child’s treatment plan is to empower the whole family with healthy tools and options to encourage positive role modeling. I try to do this one baby step at a time. Small positive steps taken every day decrease the amount of stress with the change and ensure lasting results. The goal is a cumulative lifestyle shift that is necessary for the health of our children, as it’s becoming more evident than ever that they need our help!

The fact is that the daily decisions of what we put in our children’s mouth and body are affecting them, not just in the long term, but even more acutely. Youth are being diagnosed with diseases commonly associated with adulthood at a higher frequency today than in the past. One study, reported by WebMD, even showed over a 30% increase in strokes among teenagers and young adults:

“The increase in the stroke hospitalization rate from 1995 to 2008 was 30% to 37% higher” among those aged 15-44, says George. The increase was more common in older age groups than the children ages 5 to 14. “In the young adults and adolescents, we were surprised to see that large of an increase.”

A lifestyle of fast foods, environmental toxins, aggression, and excess stimulation creates an opportunistic terrain for disease to flourish. Not only do these factors affect the physical body, but they also cause problems with the brain.

In his landmark paper, Healthier Students are Better Learners: A Missing Link in School Reforms to Close the Achievement Gap, Columbia professor, Charles Basch documents the self-evident premise that kids brains don’t work if they don’t eat well and they don’t move their bodies. When one in three kids skips breakfast and the rest have vending machine fare of chips and soda, sugary cereals or worse, how can they learn? When the average kid logs eight hours of screen time a day but only one in five kids meets the recommended levels of physical activity a day developing brains don’t work. Professor Basch has recently met with Arnie Duncan, Secretary of Education, and recommended a series of policy changes that will lead to healthier and smarter kids.

Research shows that food additives contribute to attention deficit disorder that affects almost one in ten children with many more suffering a milder version.(i) A landmark new paper in the Lancet, found that delayed food sensitivities caused attention deficit disorder and removing food sensitivities could reverse attention deficit disorder in 75 percent of children.(ii) Aggression, violence and bullying are on the rise in schools. In 2005 there were 628,000 violent crimes among students 12–18 years old. Twenty-eight percent of these kids reported being bullied in the previous 6 months, and 8 percent were threatened or injured with a weapon in the preceding 12 months. A prison study in England found that supplementing prisoners with multi-vitamin and fish oil could reduce violent crime in prisons by 37 percent.(iii)

The main problem to overcome in making changes in diet and lifestyle is the affect these factors have on brain receptors, aka their addictive pattern. Therefore, I utilize Dr. Amen’s brain balancing methods and also provide physiological support to cut out the cravings! Let’s face it, we all know what’s good for us, it’s the follow through that’s hard. According to Dr. Hyman:

In our brain, a little receptor, the dopamine receptor D2 or DRD2 for short, must be activated or switched on for us to feel pleasure. The amino acid dopamine triggers this response. Sugar and other stimulating addictions increase dopamine in the short term. The only problem is it appears that those with sugar addictions, compulsive eating, and obesity have DRD2 systems that need much more stimulation to feel pleasure. Those who have sugar addiction, it seems have fewer D2 dopamine receptors and they need extra stimulation to make them “turn on”.(i)

Functional MRI studies of teenagers, both lean and obese, found that the obese teenagers whose brains didn’t light up as much in the dopamine reward centers were more likely to be obese and gain weight later.(ii) They also were more likely to have the DRD2 gene that coded for fewer receptors.

Some studies have pointed to drugs or nutrients that can modulate this defective dopamine reward response. In one study, naltrexone, an opioid blocker (blocks the effects of heroin and morphine on the brain) was used in sugar addicts. When they took this drug, which prevented them from getting the temporary high from sugar, they craved less and ate less.

We also know that amphetamines are natural appetite suppressants and reduce cravings. That is why children who take stimulant ADHD drugs (which are actually just fancy amphetamines) that stimulate dopamine receptors have trouble gaining enough weight as they grow.

Just as with adults, children with the same diagnostic label can have different causes to its manifestation. Therefore, a cookbook, one size-fits-all treatment approach to any disease, including autism or ADHD, will not provide the full benefit of an individualized protocol.

For example, a child may have a mineral deficiency in iron and be diagnosed with anemia. Rather than just providing the child with iron, I would look at why the iron is low. Does the child have a mal-absorption issue? If the child has digestive issues, I have to ask “why?”  Is it Celiac? Is it heavy metals or an infection sequestering the iron? Is it an inflammatory response? My job is to find out the why, so that there aren’t negative consequences. For example, giving iron in the presence of inflammation can actually feed the inflammatory response.

Therefore, it’s important to honor the body’s phases of healing. The body heals in sequence. Trying to just treat the symptom without addressing the contributing factor is the same as putting that black tape over the “check engine light” on your dashboard. The indicator has disappeared, but the problem hasn’t.

What about mom?? How is it possible to help the children when we are too stressed to help ourselves?  Check out my news and views on Saratoga.com to access streaming radio on “Mom Energy” and Tips for “Back to School.” Listen in and write your comments! I’d love to hear from you!

Basch, C. Healthier Students are Better Learners: A Missing Link in School Reforms to Close the Achievement Gap. EQUITY MATTERS: Research Review No. 6. A Research Initiative of the Campaign for Educational Equity.http://www.healthyschoolsms.org/documents/12557_EquityMattersVol6_Web03082010.pdf