The Adolescent Brain and Parenting: How Lifestyle and Essential Oils Can Assist with Better Decision-Making and Emotional Processing

In the previous article, I highlighted some of the changes that occur during cognitive development. I will dive into more details about the evolving adolescent brain. With a basic understanding of these processes, both parents and their teenagers will be better able to appreciate what is reasonable to expect from the other. In this way the interaction between youth and their parents could be more respected regarding the need for setting behavioral guidelines and supervision. Positive influences and boundaries, when appropriately made, can not only assist with making a teenager better equipped for adulthood, but can also positively influence their brain development. I will end with a few ideas for resources, including essential oils, to help support more productive, empathetic parenting.

More Insight into Your Teenagers’ Brain

According to the article “Adolescent Neurodevelopment,” brain development involves a mixture between expanding and removing brain cells. During this time span, neurons specializing in processing and transmitting information are strengthened and those that fail to make “appropriate” networks are removed. This is also a time that the brain reinforces connections with its different processing centers. According to the article, this interconnecting trafficking is essential for information flow across distant regions of the mind and is accelerated in the adolescent brain via a process of myelination. The authors’ state:

Speed and efficiency of information flow across relatively distant regions is accelerated during adolescence as neuronal axons interconnecting certain brain areas become insulated with a white-colored, fat-enriched substance called myelin, thereby markedly increasing the speed of electrical transmission along axons, while at the same time reducing the energy needed to maintain this process. Although myelination begins early in life and continues into adulthood, its production escalates notably during adolescence (25), thereby speeding information flow across distant regions and magnifying their impact (26).

Interestingly, at this vulnerable “priming” time, an adolescent’s brain is also “less sensitive” to judging what is aversive stimuli. They are more prone to risky behaviors based on temporary rewards due to a heightened response in their dopamine pathways. This makes for enhanced cognitive distortions based more on the influence of their immature limbic system (emotional processing area) than their prefrontal cortex (judgement and planning).  Furthermore, the rise in reproductive hormones are also strongly influencing brain signaling. (source, source, source)

In the article, “Maturation of the Adolescent Brain,” the authors further outline, why as children become adults, the intellectual, physical, hormonal, and social shifts make life more tumultuous. At this age, the neurotransmitters that predominate are still under construction, including the gamma-aminobutyric acid (GABA), which is the “inhibitory” signal. This may be another reason why impulsive and risky behavior can be more prominent and intense emotional responses are harder to “shake.” This means teenagers may appear to be “so dramatic,” but they are actually in the process of adjusting to their cognitive responses to environmental stimuli.

The Psychology of Adolescence summarizes an adolescent’s reasoning as follows:

Examination of the psychosocial aspects of adolescent development and insights about adolescent reasoning further filled in the picture of how and why adolescents take risks. Much of the primary work of adolescence—including developing an identity, building competence, and gaining acceptance from peers—requires some degree of risk-taking. These tasks also help to explain why adolescents’ perspective on risky behavior may be very different from that of adults—a point that may provide useful guidance for those crafting messages and developing interventions designed to discourage youth from taking risks. At the same time, adolescents process decisions related to risk quite differently from the way adults do. That is, not only are they attuned to different goals than adults, but they also think differently, transitioning between verbatim-based analyses of risk-reward trade-offs to gist-based intuitions about the essential bottom line of risky decisions. Experience, context, and culture shape the gist representations and the retrieval of values that are central to healthy decision making. Although the thinning of gray matter and the pruning of synapses discussed in Chapter 3 might seem to reduce processing power, theoretical mechanisms emphasizing streamlined gist-based processing suggest that pruning might be important in developing the capacity to make sound decisions.

In “Maturation of the Adolescent Brain,” the authors highlight that during this time, exposures to substances that negatively impact the brain’s pruning and rewiring can have long-term consequences on how the mature brain develops:

Synaptic plasticity and the release of neurotransmitters may also be influenced by environmental neurotoxins and drugs of abuse including cigarettes, caffeine, and alcohol during adolescence. Adolescents may become involved with offensive crimes, irresponsible behavior, unprotected sex, juvenile courts, or even prison. According to a report by the Centers for Disease Control and Prevention, the major cause of death among the teenage population is due to injury and violence related to sex and substance abuse. Prenatal neglect, cigarette smoking, and alcohol consumption may also significantly impact maturation of the adolescent brain. Pharmacological interventions to regulate adolescent behavior have been attempted with limited success. Since several factors, including age, sex, disease, nutritional status, and substance abuse have a significant impact on the maturation of the adolescent brain, we have highlighted the influence of these clinically significant and socially important aspects in this report.

However, healthy lifestyle exposures can also play a role. Nutrition, substances, sleep, and sexual behavior can play a role in enhancing or decreasing myelination in brain pathways that make these behaviors more likely to continue or cease. (source, source)

As you can see, during this critical time span of heightened sensitivity, the things a youth is exposed to can have profound impact in shaping their decisions and resultant future. Here’s where parenting can be critical to influence the youth’s trajectory.

(Please be aware that even with the most effective parenting, some brain conditions and mental illnesses require additional support and medical intervention.)

How to Be a Kid’s Prefrontal Cortex

Parents can help their children’s brains by reinforcing and demonstrating healthy behaviors. Examples can include guiding appropriate screen-time, setting up bedtime rituals, providing nutritious food, and stressing their important values which can include the way they relate in their intimate relationships. (source, source, source)

Perhaps the most important way to build a more resilient, tolerant, capable, intelligent, and productive generation of future adults is in facilitating mutually effective and beneficial communication. Unfortunately, this is not something taught to parents, or anyone for that matter. It is a skill that can be learned.

In this way youths will not only become more bonded with their caretakers, but also more comfortable coming to them for advice. This may also produce a desire to emulate them and earn their respect.

In this life-changing podcast on connected parenting, Jennifer Kolari explains how to take the knowledge I presented on brain development and a children’s cognitive state and translates it into effective parenting skills and expectations.

I highly recommend it to all parents and, if appropriate, their older children. It may be one of the most useful two hours spent together. This shared time could prevent hours of disagreements over school assignments, goals, parties, and life in general. It may also allow the teen to be less resentful when they understand that parents are truly setting parameters for “their own good.”

Essential Oils on the Developing Brain

The emotional effects of essential oils on the brain can benefit everyone from infants, adolescents, and adults.

They have a profound impact on the psyche due to the combination of their physiological and their aromatic properties. Smell can instantaneously shift the mindset due to the neurology of olfaction. Specifically, there are reciprocal olfactory connections that act directly on our amygdala, the “emotional brain.” During vulnerable times of brain pruning and expansion, their scents can reinforce and strengthen pathways to the prefrontal cortex and help to prevent teens and parents from staying in “reptilian” mindset.

Furthermore, essential oils’ secondary metabolites provide biochemical compounds which work in synergy with cellular physiology to bring about balance to all body systems, including the wave of hormonal and neurological swings of adolescence.

By giving our brains the physical, emotional, and electrical support of essential oils, we can be more effective communicators. Littles, growing adults, and the more mature ages can use them as a tool to support self-nurturing practices, rather than harmful ones during turbulent times.

Next week, I will release another exclusive post to my E-subscribers that goes into more specific product suggestions of oils that are specifically formulated for children. These are my favorites for children’s developing brains and bodies as they go through the transition of back to school. They are also beneficial for more mature brains.

Make sure to either signup or stay tuned if you are already in my virtual community!

Additional Resources for Parents with Children with Special Needs Regarding Brain Development:

*Safety reminder: For safety and medical information, please be sure to visit my essential oils database. This includes a full category on how to use essential oils safely and potential drug interactions that can occur.

Please be extra sure to check with your doctor if you have a seizure disorder. The Epilepsy Society of the UK lists certain essential oils implicated for their antiseizure effect as well as those that have stimulating properties. 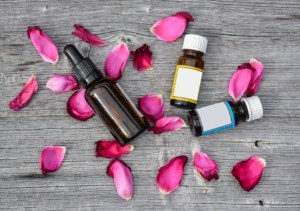 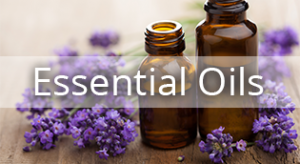 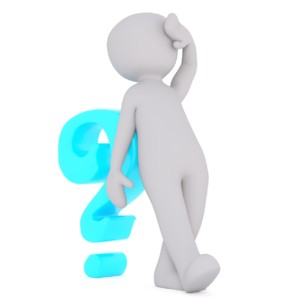