Why You Want to “Stick” with Manuka Essential Oil 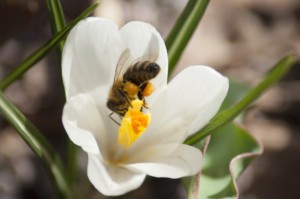 You’ve probably heard the strange sounding name of this essential oil before. However, I bet it was in relationship to the plant’s sticky contribution to its gooey form… honey. Beyond its popularity for its rejuvenating effects on the skin, it is also one of the most referenced kind for its beneficial health effects. According to a 2016 study in Frontiers in Microbiology:

The majority of recent studies investigating the mechanism of action of honey have focused on well-characterized, standardized active manuka honey produced by certain Leptospermum species native to New Zealand and Australia, which has been registered as a wound care product with appropriate medical regulatory bodies. Thus, unless otherwise specified, this review will focus on manuka honey.

If you want to learn more the benefits of this “healthy fructose” (that contains everything from minerals, phenolics, and prebiotics) click here. Furthermore, this blog also contains an example of using it with essential oils for respiratory and immune support.

This article; however, is going to move focus away from the gooey-rific taste and health properties that result from the plant’s nectar, and explore all it has to offer from my favorite secondary metabolites, essential oils.

Manuka plants (Leptospermum scoparium and kanuka, Kunzea ericoides) are indigenous from New Zealand. The ancient Maori people were reported to use the plant for a diverse range of ailments. These included: skin aggravations, gastrointestinal upset, dental care, and immune support.  It was said that Captain James Cook used the tea leaves to combat scurvy in his expeditions of the Southern hemisphere. New Zealanders learned from this explorer and incorporated his application of using the dried leaves of the plant in beverage form. (Sources: 1, 2, 3)

Manuka belongs to the myrtle family (Myrtaceae) which also includes clove, allspice, eucalyptus, and melaleuca, among others. It contains over 100 constituents with 95% of its volume made up by 50% of them. As with all essential oils, variances in these compounds are found within a manuka oil related to the plant’s particular species, chemotype, and harvesting and distillation methods. (Source 1, Source 2, Source 3) (You can learn more about the important quality aspects of essential oils here. This blog with clove oil and this one with cinnamon provide good examples of this as well.)

For example, within different species of manuka, there are differing amounts of neurosupportative and brain-loving sesquiterpenes.  (Source 1, Source 2) There are also variances in compounds found based on the chemotype of the oils. One chemotype is rich in triketones, a second linalool and eudamosol, a third pinenes, and the fourth contains none of these constituents!

In 2005, the wellness properties of manuka essential oil was increasingly being appreciated by aromatherapists worldwide. The International Journal of Aromatherapy stated that as more attention was paid to this oil, the importance of obtaining the proper quality for therapeutic use is indicated:

… The oil from these plants has been commercially available to aromatherapists for more than a decade. In this time, attention has been given to the antiseptic and antimicrobial actions of the oils. Of most interest to researchers and aromatherapists is the presence of ?-triketones, present in the manuka oil. These triketones are believed to significantly contribute to the antimicrobial action. More recently, it has emerged that there are significant geographical variations affecting the composition of these oils. Whilst a full understanding of the therapeutic implications is some way off, it is important for aromatherapists to appreciate that these differences exist and the oils selected may match the intended therapeutic purpose.

In a later study, researchers reported on three potential indications of these differences:

(1)  In the manuka oil, monoterpenes are present at low levels (< or = 3%). Sesquiterpene hydrocarbons are predominant (> or = 60%) and include groups possessing cubebene/copaene, elemene, gurjunene/aromadendrene, farnesene/ caryophyllene, selinene, calamenene and cadinene skeletons. Oxygenated sesquiterpenes and triketones are present (< or = 30%)…The antimicrobial activity of the manuka oil was associated with a fraction containing three major and three trace triketones, two of the latter were previously unreported.

(2) Kanuka oil was characterized by high levels of alpha-pinene (> 50%) and lower levels (< 10%) of viridiflorol and viridiflorene. GC-MS and GC-FID detector responses to the same components were noticeably different for some major components, including the triketones.

(3)  Non-commercial manuka oils from different sites differed widely in composition and could be separated into four groups by the presence and levels of distinctive components. The density and refractive index of manuka and kanuka oils were closely correlated with the total sesquiterpene levels. The density of the commercial manuka oil was closely correlated with the level of the triketones. Simple density measurements enabled discrimination between the commercial oil and oils from other sites, and prediction of antimicrobial activity. (Source)

The two New Zealand tea-tree oils, Manuka (Leptospermum scoparium J.R. et G. Forst) and Kanuka (Kunzea ericoides (A. Rich) J. Thompson), Myrtaceae have been used as folk medicines for treating diarrhoea, colds and inflammation but their pharmacological action has not been investigated. Their mode of action was therefore studied on the field-stimulated guinea-pig ileum. Both Manuka and Kanuka oils induced a spasmolytic effect but Kanuka produced an initial contraction. The spasmolytic action of both oils was the result of a post-synaptic mechanism. Action involving adrenoceptors or cGMP was not considered likely, neither did the oils behave like calcium- or potassium-channel openers. There is some evidence that Manuka acts through cAMP whereas the mode of action of Kanuka is as yet undetermined. The results indicate that the use of these oils as relaxants in aromatherapy might be valid, although their mode of action is not identical.

Some Other Actions of Manuka Essential Oil

Now that we know the importance of choosing the right oil, let’s take a look at what else Leptospermum scoparium can do! 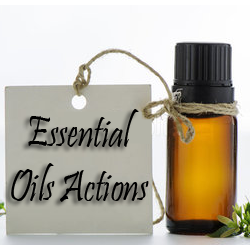 The researchers used guinea-pig ileum, skeletal muscle, (chick biventer muscle and the rat phrenic nerve diaphragm) and a rat uterus in vitro. They reported on six differences of the three oils found related to the species and samples. The authors stated:

(1) Differences were shown between the three essential oils in their action on smooth muscle: Manuka had a spasmolytic action, while Kanuka and Melaleuca had an initial spasmogenic action. (Manuka decreased spasms)

(2) Using the diaphragm, Manuka and Melaleuca decreased the tension and caused a delayed contracture; Kanuka had no activity at the same concentration.

(3) The action on chick biventer muscle was, however, similar for all three oils, as was the action on the uterus, where they caused a decrease in the force of the spontaneous contractions… (Note a potential caution in pregnancy.)

(5) The antifungal activity of Kanuka was inversely proportional to its strong antibacterial activity, whilst Manuka displayed a stronger antifungal effect, though not as potent as Melaleuca.

(6) The antioxidant activity of Manuka samples was more consistent than that of Kanuka, while Melaleuca showed no activity.

More on Manuka and Microbes

Manuka oil was compared to tea oil for microbe inhibition in vitro and demonstrated even higher effects on some types of bacteria. Another in vitro study demonstrated its actions on herpes I virus.

Manuka Oil Protects Hairless Rats from UV-B Irritation, Maintains Skin Thickness, and More
In an in vivo study, the authors sought out to test the reported skin benefits of manuka oil. (I discovered this by chance and wrote about here). By the end of the experiment, the little hairless rodents who received the topical manuka fared much better in the beauty department than their oil-less hairless non-furry friends. The authors concluded:

Traditionally, various medicinal activities of manuka oil have been well known and studies have provided data to support its bioactivity [2–4, 6]. In recent years, there is a growing interest in the cosmetic properties of manuka oil, as it has been traditionally known to maintain the elasticity of the skin and its youthful appearance. However, there is scarcity of scientific data to support such activities of manuka oil. In this work, we evaluated, for the first time, the protective efficacy of manuka oil against skin photoaging induced by UV-B irradiation with the help of a hairless mouse model. The degree of the activity of different doses of manuka oil was quantified by assessing skin thickness, wrinkle grade, histopathology, and the amount of proinflammatory cytokines. Our work provides clear evidence that the topical application of manuka oil is effective in attenuating skin photoaging. We confirmed that the topical treatment of 10% manuka oil could significantly suppress the signs of photoaging, including wrinkle formation, epidermal thickness, and reduction in collagen fiber content.

With its popularity increasing in the United States, I am sure more research will be released on this oil. For now, if you can trust the source and take a glimpse at the species, it appears quite safe and beneficial in a variety of ways!

And…for oily moms, it may be a wonderful new oil to surprise her with on her special “May day.”

Disclaimer: This information is applicable ONLY for therapeutic quality essential oils. This information DOES NOT apply to essential oils that have not been tested for purity and standardized constituents. There is no quality control in the United States, and oils labeled as “100% pure” need only to contain 5% of the actual oil. The rest of the bottle can be filled with fillers and sometimes toxic ingredients that can irritate the skin. The studies are not based solely on a specific brand of an essential oil, unless stated. Please read the full study for more information. (Affiliation link.)

This material is for information purposes only and is not intended to diagnose, treat, or prescribe for any illness. You should check with your doctor regarding implementing any new strategies into your wellness regime. Proper medical management of emergency situations in mental disease should always be implemented first. These statements have not been evaluated by the FDA.