Floating Around In a Sea of Chemicals 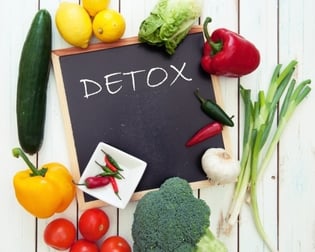 In the first part of my post-cleansing blog, I reviewed some motivating factors in regards to avoiding toxins in our world. Specifically, I discussed how, by changing what’s at the end of our fork, we can greatly reduce exposure from foods. Now, I want to empower you with some quick tips on reducing everyday environmental exposures. In doing these simple steps, you can continue to make progress in decreasing your toxic load. After all the hard work of a supervised and supportive cleanse, you don’t want to trump re-igniting your body’s metabolic and wellness power!

1. Go for glass, pass on plastics

BPA (bisphenol A) #7, and other substitutes such as bisphenol S (BPS) and phthalates #3 are found in plastics. These have been linked to hormonal disruption and many diseases. According to a 2008 article in JAMA, data from the NHANES suggests a strong relationship between urine concentrations of bisphenol A and the incidence of CVD, type 2 diabetes, and liver-enzyme abnormalities.1

Furthermore, radiating plastics can be even scarier, increasing leaching of phthalates into your boodstream!

An interesting article on heating food in plastics appeared in the Wall Street Journal in 2013, where Dr. Rolf Halden, director for the Center for Environmental Security at the Biodesign Institute at Arizona State University, was interviewed. The article states:

Phthalates, the chemicals that make a PVC container flexible, “can migrate out of the plastic when it’s heated,” says Dr. Halden, who has done comprehensive studies on emerging contaminants and plastics for more than a decade. Phthalates can leach into food, resulting in hormone imbalances and birth defects—although no one knows at what level those effects are triggered, he says. Phthalates are present in measurable levels in the blood of nearly every person in the developed world, he adds.2

2. Use safe and organic personal care products and household items.

An endocrine-disrupting chemical is an “exogenous substance that causes adverse health effects in an intact organism or its progeny, secondary to changes in endocrine function,” according to the European Union.

A Steering Committee of scientists recently utilized evidence characterization in order to determine the contributing disease burden on the health and economic cost of endocrine disruptors. In their introduction, the committee summarized the problem as follows:

These chemicals have been shown to interfere with a variety of endocrine pathways, including estrogen (14), androgen (14), thyroid (15, 16), retinol (17), aryl hydrocarbon, and peroxisome proliferator-activated receptor pathways (18). The chemicals are widely used in consumer products, electronics, and agriculture, and widespread human exposures occur. Many EDCs are food contaminants (eg, pesticides, BPA, and phthalates), although inhalation and dermal absorption are known pathways for human exposure. Potential consequences of exposure to EDCs include infertility and male and female reproductive dysfunctions (19), prostate and breast cancer (20), birth defects (21), obesity (22, 23), diabetes, cardiopulmonary disease, neurobehavioral and learning dysfunctions, and immune dysregulation (24). 4

The Environmental Working Group assessed 48,000 communities in 45 states with 256 Americans. They found over 300 contaminants in tap water.5 Furthermore, bottled water runs the risk of exposure to phthalates and other nasty toxicants, according to the National Resource Defense Council.

The following list of various filter types (with a summary of what they remove) was presented to me by one of my environmental medicine instructors in naturopathic school along with a few of my own findings:

Now that we have reviewed the important baseline factors to continue post-cleanse, we will next look at how to transition to ensure staying lean and clean continues. Keep watching for Part 3.