This article is a continuation of last week’s discussion.

To get an overview on the problems with blaming obesity on chronic disease and an introduction to this post, please click here.

I’m not advocating for junk food.

I do believe that “food can be medicine” and have many articles on the benefits of pursuing health for health’s sake, not weight loss.

A Taste of Food Freedom

I used to blame certain foods on causing “compulsive overeating.” I used to spend countless hours researching emotional and physical links to this form of “emotional eating.”

I deemed it was a problem and linked it to weight gain. I had concluded that yes, sugar was “the devil.” If eliminated, the issue would go “poof,” and food freedom would be won… nope.

Thankfully, I am healing my relationship with food.

I no longer moralize it or restrict certain foods, outside of food allergies or for very clear medical indications. I have celiac disease. I have personally experienced that my “addiction” to sugar wasn’t real, and can now take sugar or leave it alone.

Yes, this means that if I eat a lollipop, it’s not a moral issue. I have no need to remediate myself as a result.

Overall, I do nourish my body and consider the nutrients in food, because I value it, not because I “should.”

This has happened as a result of being introduced to Health at Every Size. As my eyes were opened to the social injustice of stigmatizing body sizes, I also began questioning and reevaluating all I was “fed” on the “dangers” of certain foods.

The Flaws in “Food Addiction” Experiments

First, as this interview with Evelyn Tribole pointed out, none of these food addictive studies ever controlled for dieting. If you’ve been starved of a particular food, or restricted something for a long time, darn straight your pleasure center will ignite after you get it, and you might consume a lot.

Let’s take this rodent study here. It is often cited as “evidence” of the changes in the brain equated to consuming sugar as similar to addiction and “addictive seeking behavior” of substances.

In the past I also referred to this exact “reference” article, making the same error in association between food and addiction. I believe it is partly based on what I have been “fed” in medicine. After hearing the interview, I went back and read the fine-print.

Here’s the part I missed the first time, bold text my own of course:

Food is not ordinarily like a substance of abuse, but intermittent bingeing and deprivation changes that. Based on the observed behavioral and neurochemical similarities between the effects of intermittent sugar access and drugs of abuse, we suggest that sugar, as common as it is, nonetheless meets the criteria for a substance of abuse and may be “addictive” for some individuals when consumed in a “binge-like” manner. This conclusion is reinforced by the changes in limbic system neurochemistry that are similar for the drugs and for sugar.

In fact, most of the studies that I reviewed myself regarding food “addiction” have the word “deprived” or are done with “obese” individuals who are already stigmatized by the study itself and have diet restraints.

Here’s a good excerpt from an article on why dieter’s gain back weight, but it also explains this phenomena of restriction igniting a Fourth of July display in the brain. (I bolded text again):

Why is weight regain misunderstood?

Calorie deprivation leads to physiological, neural, and attentional changes, and those changes make it difficult to engage in the behaviors necessary to keep weight off. But since those changes do not directly cause weight to return, it is still possible to keep weight off, which a minority of dieters do. This possibility allows people to discount the powerful role of these changes, and instead to argue that if people regain the weight, it must be due to their poor self-control. And because the changes ultimately do operate through eating behavior, the weight regain does seem to be the fault of the apparently weak-willed dieter. As many people have said to me about failed dieters, “they’re still the ones holding the fork.” The key misunderstanding here is the different physical and cognitive context in which dieters hold the fork compared to non-dieters: they feel hungrier, their attention is biased toward food, they find food tastier, and they get more reinforcement from it. Plus they need to consume an even smaller quantity of food than earlier in the diet (as well as less than a non-dieter of the same size), because their more efficient metabolism is burning fewer calories. So dieters don’t necessarily have worse willpower than non-dieters, but calorie deprivation has put them in a situation that requires much more willpower in order to successfully limit consumption.

What should people do?

Because I do research in this area, people inevitably ask me for diet advice. I generally recommend avoiding restrictive dieting, since for the majority of dieters, the weight loss is unlikely to be maintained, and people can be healthy at most weights if they engage in healthy behaviors (Loef & Walach, 2012). Studies show that mortality rates for individuals who are physically fit do not differ by weight category (i.e., normal weight, overweight, or obese; Gaesser, Tucker, Jarrett, & Angadi, 2015), and that engaging in four healthy habits (eating five or more servings fruits/vegetables per day, limiting alcohol consumption, not smoking, and exercising over 12 times per month) minimizes weight-based differences in mortality (Matheson, King, & Everett, 2012).

If Food is “Addictive,” So is Sex and Exercise….

By the way, these brain areas of pleasure are also associated and experienced in exercisers, when having social contact, and partaking in sex… guess we all should stop those too? (Note this study on genetic variation on “pleasure” and exercise for “grins-and-giggles.”)

For the Love of Medicine…I’ll Order Health at Every SIZE, PLEASE!

This desperate attempt at the best one-size-fits all solution to end the “epidemic” has led everyone to futility and mass confusion on what to put in our mouth.

We’ve gone from a human being with inborn drives of survival to judging every morsel on our plate and carrot on our fork.

I prefer the perspective on food the centurions in the “Blue Zones” have. Their diets all vary (indicating there’s no one “magic” food), but they have a reverence for its quality, healing benefits, and (God-forbid!) also use dining as a time for pleasure, celebration, and community.

If I’m going to live a long time, I’d rather enjoy it and eat with my family. If I need to starve 16 hours a day to live life alone, how healthy is that?

Feel free to share your thoughts and comments below. 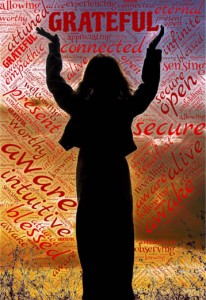 Learn More About Working with Me. 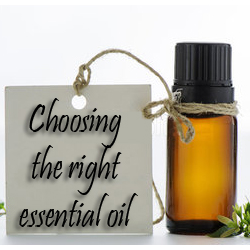 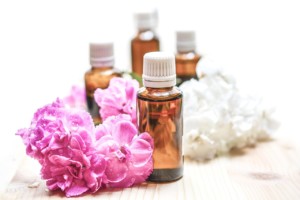