Could a Supplement Contribute To a Less Hostile World? 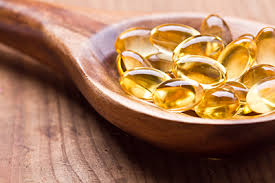 You’re probably looking at my title and thinking to yourself, “Wow, that’s a bold question!”

Remember last week, when I discussed how fish oil supplements got undeserved bad press related to some badly done studies? I promised I’d move beyond the negative reports to discuss a few studies that showed the positive side of fish oils with some well done research.  Specifically, I will highlight the role of essential fatty acids and fish oil in relationship to hostile behavior and brain health.

The implications of this are pretty profound, yet a bit overlooked, in regards to the potential role of fish oil affecting biology and brain biochemistry to modulate the expression of behavior. For example, these results could be considered in regards to the impact of nutrition and nutrient deficiencies in violence and bullying so regrettably prevalent in our schools today.

The first study looked at the relationship between the variance in omega-3 levels in the blood to aggressive behavior and psychological measures of trait aggression and metacognitive processes. One hundred thirty-six adult males from an Australian prison were recruited as participants in this study.1

The authors sought to determine levels of omega-3 polyunsaturated fatty acids (PUFAs) through calculating the omega-3 index. This is the sum of EPA and DHA expressed as percentage of total erythrocyte fatty acids, whereas > 8% is considered cardioprotective.2-4 Psychometric assessments were established through four weeks of behavioral observations in case reports and measurements in trait aggression and metacognition. Metacognition was focused on attention-deficit and working memory capacity as described in the diagnosis of Attention Deficit/Hyperactivity Disorder (ADHD).

The median blood Omega-3 Index of participants was 4.7%, ranging from 2.3% to as high as 10.3%.  Although there were variations across psychometric assessments, in general, most of the aggressive and attention deficit disorder behaviors were negatively correlated with the omega-3 index. The strongest negative correlations were between hostility and omega-3 index, but there was also a negative correlation with attention deficit disorder behavior. The authors concluded, “Supplementation with omega-3 and/or multi-vitamins and minerals is low cost and easy to administer compared to other forms of treatment for anti-social behaviour, and with further evidence from intervention trials could be a simple and effective contribution to treatment programs and the mental health status of offenders.” 1

In 2002, an experimental, double-blind, placebo-controlled, randomized trial of nutritional supplements was performed to test if adequate intake of vitamins, minerals, and essential fatty acids could cause a reduction in antisocial behavior. Although the authors acknowledged that diet could improve nutrient factors, giving measured amounts of specific nutrients ensured the impact of specific micronutrients and allowed for a double-blinded trial. The results were significant and impressive.5

Similar to the first study I mentioned, this trial also used adult prisoners as participants.  Measurements of antisocial behavior, dietary intake, and psychological tests were implemented. In the 231 participants, those receiving the nutritional support committed an average of 26.3% fewer offenses. Furthermore, the effect on the 172 prisoners taking active supplements for a minimum of 2 weeks (treatment ranged from 2 weeks to 9 months) was an average 35.1% reduction of offenses It would be interesting to note if even more remarkable findings could be made if the omega-3 supplement was altered. The current study used 1260 mg linoleic acid, 160 mg gamma linolenic acid, 80 mg eicosapentaenoic acid (EPA), and 44 mg docosahexaenoic acid (DHA), 5 as up to 1.48 g of EPA for brain health and up to 6.2 g in bipolar disorder has been used in research. 6

Another study also demonstrated that among 221 young adult prisoners, those that received nutritional supplements containing vitamins, minerals, and essential fatty acids for 1-3 months had lower incidents reported, verifying the above results.7

Prevention of aggression and hostility before it becomes an ingrained trait could also be applied to these findings. Early developmental deficiencies in omega-3 fatty acids (DHA and EPA) may lower serotonin levels during times of critical development8 and post-pregnancy,9 and result in suboptimal neurotransmitter signaling and dysregulation in the limbic system.

For example, higher intake of DHA and consumption of fish oil was correlated to lower likelihood of hostility in young adulthood.20 A randomized, controlled, crossover trial that included 21 children presenting with impulsive aggressive and meeting criteria for disruptive behavior disorders, randomized subjects to fish oil capsules (4g daily) for 6 weeks. This intervention was a double-blind crossover design; therefore, the fish oil was followed by placebo for 6 weeks, then followed with fish oil or placebo for another 6 weeks. The authors found that fish oil treatment was associated with an improvement in one rating of hyperactivity in the children; however, not with other markers. It is interesting to note that this study did not indicate DHA, which may have impacted the effectiveness of other findings.21

In another randomized, double-blind, placebo-controlled, parallel-group trial, a community sample of 8-16 year olds were randomized to treatment group (N=100) or placebo (N=100).  The supplement consisted of a low dose omega-3 PUFA, 1 g/day, or placebo using the same fruit drink for delivery. Findings supported sustained reductions in externalizing and internalizing behavior issues in the children who took the omega-3 supplement.22

Fish oil, therefore, seems to assist with modulating behavioral issues in the young and are implicated in preventing negative outbursts of hostility in adults. Furthermore, fish oil may even help support those who have a history of substance abuse, which makes sense due to its impact on neurotransmitters and brain support as discussed.

In a study with 24 patients who had a life-long history of aggressive behaviors and problems with the law, 13 obtained a daily capsule of 3 g of EPA and DHA in the triglyceride form which contained vitamin E as an antioxidant, while 11 received placebo for 3 months. The researchers noted that baseline measures of omega-3 polyunsaturated fatty acids (PUFA) were lower in those who had a history of assault behavior. Within three months, the fish oil supplemented group was superior to the placebo group in decreasing anger, even as medications remained stable.23

The implications for this research is important for integrative wellness, with many studies on behavioral issues focusing solely on societal factors, only demonstrating correlational evidence. This research, however, supports specific factors that can assist with neurological support and resultant behavior, and could have implications in the violence in our culture.

Could fish oil be the answer to world peace in a pill? I wouldn’t go that far, but it couldn’t hurt!