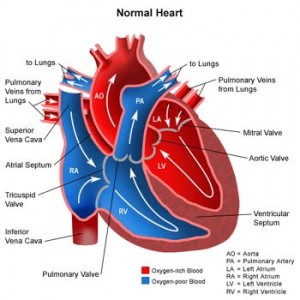 Whew, uh-oh….the controversy continues. Recently, the FDA issued 4 new changes to Statin medications, drugs which lower cholesterol levels. This created debate in medicine as to the risk-benefit ratio of these medications. I wrote in various blogs about cholesterol and have provided an update on my recent blog at Saratoga.com. Here’s an excerpt:

In February, the FDA issued a change to the labels of various statin medications. These changes included:

1. A warning of increased Hemoglobin A1c levels (a lab measure of the average amount of glucose in your blood)
2. A warning of increased risk of cognitive impairment
3. The discontinuation of monitoring liver enzymes with treatment. Instead, measuring liver function enzymes is encouraged at the start of treatment
4. Lovastatin included additional warnings in that should not be used in combination with certain antiretrovirals, antifungals, and certain macrolide antibiotics and their derivatives.

…..Doctors are being informed of the changes and being encouraged that the benefits outweigh the warnings. Furthermore, some evidence dose exist that  statins have prevented some cardiovascular deaths.I agree to a point, in relation to prevention of secondary heart attacks in men. However, do the risks outweigh the benefits? Hmmm.

For those interested in an additional viewpoint on the importance of cholesterol and sulfur, please consider listening to the interview that Dr. Mercola had with researcher, Stephanie Seneff here. Furthermore, Dr. Hyman’s new book on blood sugar is a must!

The Importance of ZZZZZs and Blood Sugar (WebMD)

A recent article on WebMD looked at the connection of melatonin and blood sugar. Not only was there a connection between melatonin, sleep, and blood sugar, but a genetic difference. This is neat information to have for a practitioner. This means that some individuals may require more support for melatonin precursors for optimal sleep than others:

A group of researchers from France, Canada, and the UK have discovered a link between the risk of Type 2 diabetes and several mutations in the body’s melatonin receptor gene, a gene known as MTNR1B. Working with a group of 7,632 European women—3,186 of whom already had Type 2 diabetes—researchers found: