Brain Health: The Bad, The Good, & The Not So Ugly

Do you want the good news or the bad news first?

According to research, many people will pick to hear the bad news first. This is in order to “get it over with.” Unfortunately, if their preference is granted, the recipients are unknowingly making it harder to incorporate the happy information after they hear the dreary news.

When it comes to the topic of memory or losing one’s cognitive abilities, people can tend to get a little nervous. So let me ease your mind a bit.

Although I will honor the majority of the population’s preference by looking at some scary stats of brain health at the beginning of my blog, I’m going to do a little twist to prevent the resultant stress reaction.

I’m going to give you a summarized version of the good news now. Regardless of the dismal stats or negative articles on declining cognitive health, the good news is there are specific action steps you can take that can not only prevent cognitive decline, but may even help with environmental exposures that have already taken hold.

The Bad News On Brain Health

According to a 2011 article by the Center for Disease Control, more than 16 million people in the United States are living with cognitive impairment. (1) However, the results of a 2012 review of studies published since 1984 report that the prevalence and incidence of cognitive impairment could not be accurately determined. This was due to the fact that there wasn’t consensus amongst the 42 articles examined on the definition for mild cognitive impairment (MCI). This makes estimates of disease burden hard to identify (2) and may mean there are many more silent sufferers.

As the baby boomer population ages, the concern for memory loss and decreased quality of life is a major one. This is especially true with those who are caregivers to parents and loved ones who suffer from Alzheimer’s disease. Furthermore, this form of dementia, which results in a decline in mental ability significant enough to interfere with daily life, does have some pretty scary stats. According to the Alzheimer’s Association:

With these dire statistics and impending reminder that we can’t escape Father/Mother time, it could make one feel hopeless that there is nothing to be done for a healthy brain. However, there is plenty we can do.

According to an article in Medscape, which reviewed The Finnish Geriatric Intervention Study to Prevent Cognitive Impairment and Disability (FINGER), which was published online in The Lancet on March 12:

“This is the first time that it has been shown in a longitudinal study that it is possible to reduce the risk of cognitive decline with lifestyle changes,” Professor Kivipelto told Medscape Medical News. (5)

The CDC lists family history, education level, and brain injury as factors that cannot be modulated and that contribute to cognitive decline. However, other factors such as medication side effects, vitamin B12 deficiency, and depression can also contribute cognitive decline and can be addressed. As mentioned above, your risk for cognitive impairment can be reduced by physical activity and maintaining healthy cholesterol and blood sugar levels as well. (1)

Another way to support brain health is through limiting sugar intake. A diet and brain that is “FED UP on sugar”, is linked to an increased risk of Alzheimer’s disease. (7,8) The CDC reports that approximately 13% of the adults’ total calories from 2005-2010 come from added sugars. Although the amount consumed varies between gender and ethnicity, this is still well above the recommended 5-15% by the 2010 Dietary Guidelines for Americans (9), and the even more stringent recommendations of latest Advisory Report for 2015 which recommends cutting the limit to 10%. (10)

By decreasing sugar intake and following a diet that promotes brain health, such as a whole-food, Mediterranean diet rich in healthy fats and oils, we may be able to mitigate excess inflammation and stress on our brain.

The Ugly: The Impact Of Toxins On The Brains

Besides mitigating risk with lifestyle, there is also the link between dementia-related illnesses and cognitive decline

The Alzheimer’s Association states that there is no link to aluminum and Alzheimer’s; (4) however, Medscape reports, “if a significant aluminum load exceeds the body’s excretory capacity, the excess is deposited in various tissues, including bone, brain, liver, heart, spleen, and muscle. This accumulation causes morbidity and mortality through various mechanisms.” (11)

Furthermore, it has been suggested that aluminum could cause oxidative stress resulting in neurotoxicity. (12, 13)

Although the CDC mentions the link between the effect of exposures to pesticides and toxins and cognitive impairment (1) they don’t mention what we can also do to assist with decreasing their effect on neurotransmitters and oxidative stress in the brain and body. Several studies are linking oxidative stress to pesticide exposure (14-18).

Furthermore, in a longitudinal study of 135 farm workers, the interaction of environment with genetics was determined based on variants in enzymes related to oxidative stress and pesticide exposure. The researchers concluded that genetic predispositions, such as variations in the activity of oxidative stress and detoxification enzymes, modulate the impact of pesticides on the body. Specifically, the researchers assessed the interaction between short and long-term pesticide exposure and the number of genetic polymorphisms of pesticide metabolizing enzymes, such as paraoxonase-1 (PON1), glutathione-S-transferases (GST) and plasma cholinesterase variants (BCHE) on levels of erythrocyte antioxidant enzymes (SOD, catalase, glutathione peroxidase, glucose-6-phosphate dehydrogenase and (ALA-D).

The authors did find interactions between differences in the activity of enzymes that break down the neurotransmitter involved in memory acetylcholine (cholinersterase) and enzymes related to detoxification capacity. They conclude, “These findings suggest relevant gene-pesticide interactions and highlight the potential role of genetic risk factors in the pathomechanism of oxidative stress-induced degenerative diseases following pesticide exposure.” (18)

For a healthy brain, reducing sugar, engaging in exercise, and supportive healthy lifestyle measures are all contributing factors.

Decreasing the risk to toxins can also be mitigated by supporting the body’s biotransformation process, calming inflammatory responses in the brain, and decreasing ongoing exposure. Here are a few ways to accomplish this:

There are 82 pesticides banned in the European Union (EU) but allowed in the U.S. (19) You can avoid excess exposure by buying foods that are organic or purchasing the “Clean 15” to reduce pesticide exposure. 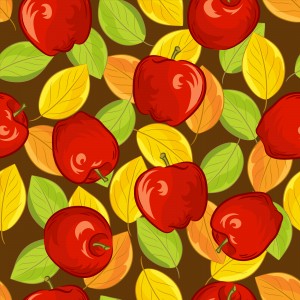 Here are highlights of the 2015 release of the Environmental Working Group’s Dirty Dozen and Clean Fifteen:

Each of these foods tested positive a number of different pesticide residues and showed higher concentrations of pesticides than other produce items.

2. Support Your Liver’s enzymes which help to deal with toxic chemicals and metals. I’ve discussed how essential oils can help deal with toxicants. Click here to read my article about this on NaturalPath.

3. Eat Berries!! Stay tuned for my upcoming blog on how berries help your brain.